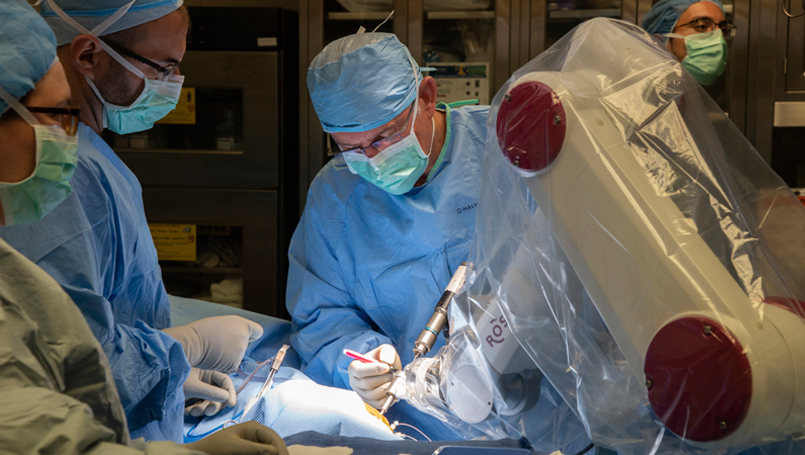 Stereo-electroencephalography, also known as SEEG, is a minimally invasive diagnostic EEG within the skull that pinpoints the source of seizures. It replaces a craniotomy with smaller incisions – 2mm holes in the skull.

“In the traditional approach – the subdural EEG, a neurosurgeon removes a large part of the skull for EEG electrode implantation,” explained Pramote Laoprasert, M.D., director of Beaumont Children’s Comprehensive Epilepsy Center. “SEEG can identify the source of seizures deep within the brain without removing a part of the skull. It reduces surgery and anesthesia time. Patients experience much less pain with less medication and a faster recovery time, typically within 24-48 hours. SEEG performed with ROSA, a robotic assistance system, is more precise and a less invasive option of electrode placement.”

Results from the SEEG with ROSA, a leading-edge diagnostic tool, help determine what part of the brain is responsible for the patient’s seizures and can identify tissue needing to be removed, or resected. The goal is to significantly reduce or eliminate all seizures to save the patient’s life and to improve the patient’s, and their families’, quality of life.

Epilepsy is one of the most common neurological disorders. The Centers for Disease Control and Prevention reports nearly half a million children in the United States and nearly 14,000 in Michigan have epilepsy. One-third have drug-resistant epilepsy.

“Our goal is to help our patients live their lives without seizures and to be become a national center for pediatric epilepsy surgery and SEEG,” Dr. Laoprasert said.

SEEG uses a robotic stereotactic assistance system, ROSA, for minimally invasive depth electrode epilepsy surgery. The ROSA software enables the neurosurgeon and epileptologist to pre-plan electrode placement in the brain before heading to surgery. Compared to traditional U.S. epilepsy surgery programs, SEEG, is less invasive and more comfortable for the patient. In addition, SEEG has much higher success rates.

SEEG as an approach for epilepsy surgery in the U.S. started 10 years ago and was slowly implemented within the past five years. It has successfully been used in Europe for more than 50 years. Advanced, 3D image-guidance software enables the robotic arm to place EEG depth electrodes to specific areas of the brain within 1mm of accuracy.  ROSA utilizes laser-based, skull bone and facial recognition software. It provides real-time brain mapping in the operating room. Then, neurosurgeons working with epileptologists can quickly and safely place the depth electrodes. The electrodes help epileptologists establish where seizure activity comes from.

“While you need the ROSA and software capability to have a high-performing SEEG program, the heart of the program is not the equipment, but having a skilled, experienced, highly trained epileptologist to lead the program. There is no one like Dr. Laoprasert in Michigan,” said Daniel Arndt, M.D., chief, Pediatric Neurology and former director, Pediatric Epilepsy Program, Beaumont Children’s.

In addition to offering SEEG with ROSA, Beaumont Children’s is also the first pediatric epilepsy surgery program in Michigan to offer two innovative and less invasive technologies that can replace traditional surgery for some patients to cure their epilepsy: laser thermal ablation, called Visualase, and responsive neurostimulation, called RNS. The ROSA and Visualase systems were made possible through a gift from The Carls Foundation. 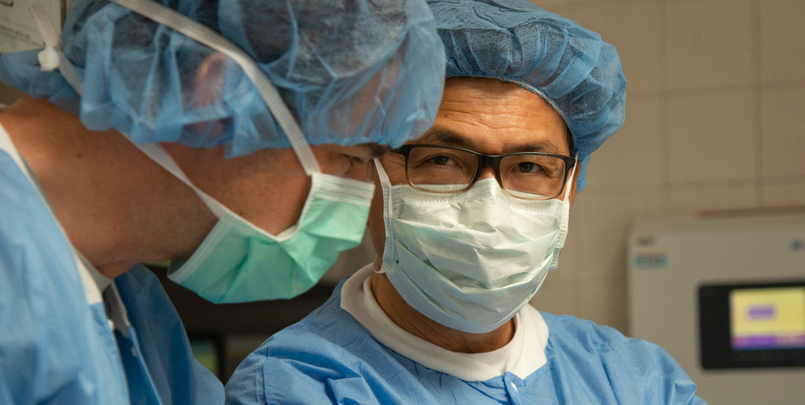 “Dr. Laoprasert’s recruitment elevates our already high-performing pediatric epilepsy surgery program to one of the top in the country under his leadership,” said Dr. Arndt .

“He started the Children’s Hospital Colorado SEEG program almost five years ago, and made it one of the best pediatric SEEG programs in the country,” Dr. Arndt said. “Dr. Laoprasert is nationally and internationally respected for his epilepsy care. He also authored the Pediatric EEG Atlas referenced by most pediatric epilepsy specialists. We are excited for him to lead our Comprehensive Pediatric Epilepsy Center. The first five cases we’ve performed have had excellent, life-changing outcomes for the patients and their families.”

Beaumont Children’s achieved level 4 accreditation with the National Association of Epilepsy Centers in 2014.

“This accreditation signifies we provide the highest level medical and surgical care for epilepsy,” said Dr. Arndt. “We are one of only 37 pediatric-specific level 4 centers in the country. Now, we offer the only SEEG epilepsy surgery program in the state and one of the top, most experienced SEEG programs in the country under Dr. Laoprasert’s leadership.”

According to the National Association of Epilepsy Centers, level 4 Comprehensive Epilepsy Centers – “provide the most complex forms or intensive neurodiagnostic monitoring, as well as neuropsychological and psychosocial treatment.”

Level 4 centers also offer a complete evaluation for epilepsy surgery, including electrode placement and a broad range of surgical procedures for epilepsy. Beaumont Children’s is one of only five pediatric Level 4 centers in Michigan.