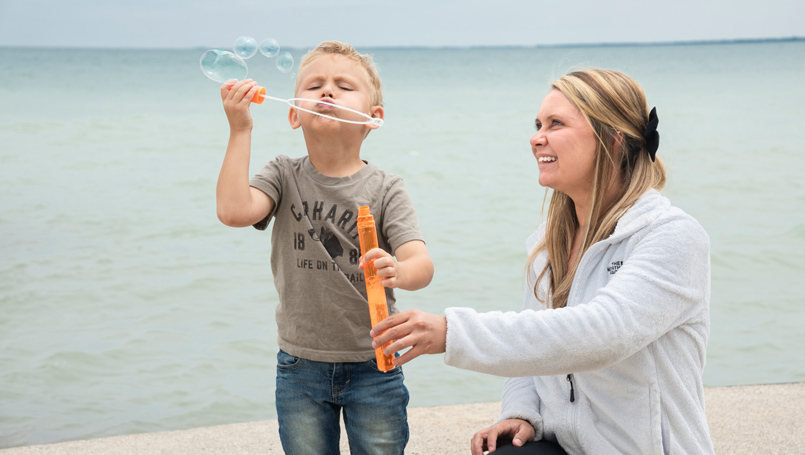 Lexie had her first seizure when she was 8 years old. Fourteen years later, two brain surgeries changed her life.

Single-mom gets her life back after epilepsy surgeries

Single-mom gets her life back after epilepsy surgeries

Life with epilepsy can be challenging. Lexie Pace, 22, knows that all too well. She has lost a job, crashed her car and struggled to parent her 4-year-old son, Kaleb. Pace wondered what other issues her epilepsy might bring.

She was in the third grade when she had her first seizure after reciting the Pledge of Allegiance. Seizures would soon consume her life.

Pace, of Fort Gratiot Township in St. Clair County, was diagnosed with left temporal lobe epilepsy at age 8. Her doctors prescribed Trileptal to control her condition. Years later, after becoming a mother, the medication interfered with her parenting.

“I felt sleepy and cranky all the time,” Pace said. “I was always scared of when the next seizure would be and wasn’t able to spend as much time with my son as I would have liked.”

Epilepsy is one of the most common neurological disorders. Abnormal electrical activity in the brain causes the disorder. The Centers for Disease Control and Prevention reports nearly 14,000 people in Michigan have epilepsy. One-third, like Pace, have drug-resistant epilepsy.

Despite her medication, she continued to have seizures and memory issues. It wasn’t until July of 2018 that she went six months without having a seizure. She started driving again, but had a seizure, causing a bad accident with her son in the car. Fortunately, neither were injured.

After her accident, Pace met Dr. Andrew Zillgitt, director of Beaumont’s Adult Epilepsy Program. Dr. Zillgitt introduced Pace to a less invasive procedure that could pinpoint her seizure activity. He explained the benefits of a surgical option in treating her epilepsy.

Dr. Zillgitt told Pace she was a good candidate for stereo-electroencephalography, or SEEG, with ROSA – a robotic stereotactic assistance system. Results from the SEEG with the robotic system, can pinpoint which part of the brain is responsible for the patient’s seizures and can identify tissue needing to be removed, or resected. The goal is to reduce or eliminate seizures to improve the patient’s quality of life.

“Newer technologies like this are a game-changer,” said Dr. Zillgitt. “The foundation of any surgical treatment is good data and extensive pre-surgical testing.”

Dr. Zakalik and his team placed 17 electrodes in Pace’s brain and monitored her brain activity. She had 77 seizures in four days. Doctors identified where her seizures occurred to block the pathway and prevent reoccurrence.

After her surgery, it did not take long until she felt better. Three months later, she is seizure-free.

“I’m so happy. I’ve been to a few different hospitals and have seen many doctors. The team at Beaumont is amazing,” said Pace. “Drs. Zillgitt and Zakalik walked me through the procedure to ensure I felt safe.”

According to Dr. Zillgitt, the prognosis for Pace is good. There will be extensive, periodic follow ups. In the meantime, his goal is to get her on the lowest amount of medication at the lowest doses.

“Alexis was a remarkable patient,” Dr. Zillgitt said. “She took things with stride and was more than ready to get her life back on track.”

Today, Pace is enjoying her freedom. She likes to take walks along nearby Lake Huron and ride bikes with Kaleb. She plans to go back to school to become a dental hygienist, a dream she thought would never be possible because of epilepsy.

“I feel like a new person,” Pace said. “Even my family has noticed how much happier I am. I’m more down to earth and patient, but most importantly, I am a better parent.” 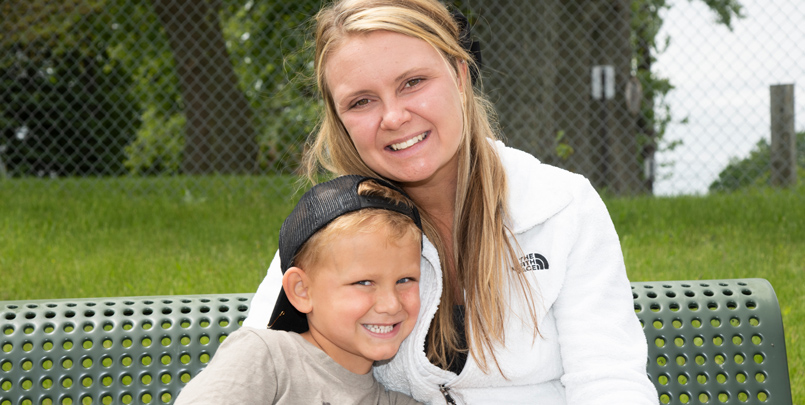 Researchers at Beaumont have discovered a simple blood test that may provide an early prediction of Alzheimer’s dis...

This new center is dedicated to providing pediatric care for patients with a wide array of neurological conditions ...