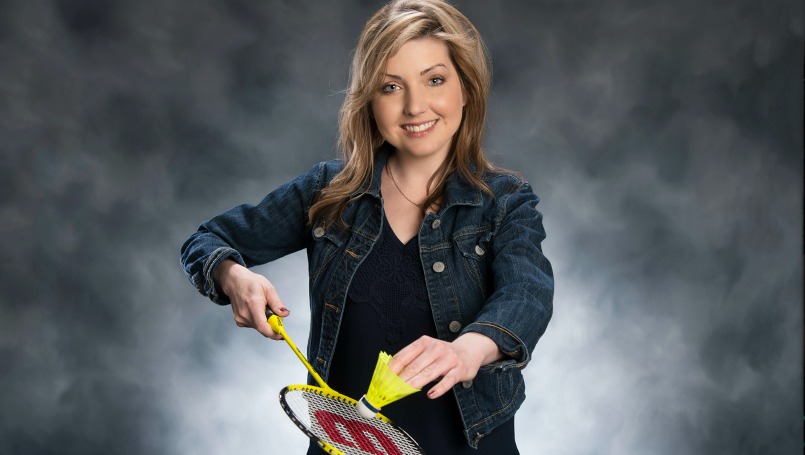 Cara Manial, 31, of New Baltimore, says, “It’s the best gift anyone can give.”  A gift she’s received more than once. What is it? – A kidney.

For more than half her life she’s lived with kidney disease. At 14, she began experiencing symptoms that included fatigue and thirst. An infection resulted in the removal of both her kidneys. She spent many days in a chair undergoing dialysis, four hours at a time. Later, at 15 she would receive a kidney from her mother. Like many teenagers, she now admits she didn’t always make the best choices, and eventually the organ failed.

“Fifteen years ago,” she said, “I didn’t fully understand the gift I had, nor did I have access to  the support needed, as I was away at college.”

She just wanted to be “normal.”

About one year ago, on April 11, Cara underwent a kidney transplant at Beaumont Hospital, Royal Oak. She speaks fondly of her recent “Kidneyversary.” She, her friends and family not only celebrated her life, but that of the donor, too. “It was humbling,” said Cara.

“For years, I’ve been defined by my disease,” she said. “It took a long time to accept it.”

She recently registered for the Transplant Games of America. Cara will represent the Michigan team in badminton. The games take place June 10-15 in Cleveland. “I’m excited to do things most everybody can do. I have fond memories of playing badminton with my family. Regardless of the outcome, I look forward to the competition and comradery. I’ve been practicing at home, even outside in the snow.”

Despite her health challenges, Cara has volunteered with Gift of Life Michigan and a peer mentor group, family council and fundraisers. She’s a firm believer in giving back and is willing to share.

Along with volunteering, Cara said, “I credit my faith as it provides hope and strength each day living with kidney disease.” Her network on social media has been supportive, too. She keeps in touch with friends nationwide, including friends in New Jersey, Arkansas and Florida.

“So many people in Michigan are waiting for a kidney,” she said.

Dilip Samarapungavan, M.D., medical director, Multi-Organ Transplant Program, Beaumont Health,  agreed, “The need is great.  As of April 1,  nearly 2,880 Michigan residents were on the waiting list to receive a kidney. In the long term, a deceased donor kidney on average lasts about 10-11 years, while a living donor kidney may last for 20-25 years. Living kidney donations save lives.”

Unlike her experience as a teen, Cara realizes her new kidney comes with important responsibilities, including: drinking plenty of water, eating healthy and taking all medications.

Dr. Samarapungavan explained, “For the recipients of this precious gift, the journey is just beginning. Even as they recover from surgery, there are frequent visits to the clinic, blood tests, ultrasounds, biopsies and the lifelong commitment to a complex and potent medication regime. Vigilance and monitoring are the price for a successful outcome.”

The donors, Dr. Samarapungavan said, “They typically resume their normal lifestyles. However, vigilance is important for them, too. We request a comprehensive health screening at least once a year for the rest of their lives. Interestingly, kidney donors usually outlive their counterparts in the general population.”

April is “National Donate Life Month” and Gift of Life Michigan announced its Transplant Center Challenge. The state’s nine transplant centers, including Beaumont Health, have accepted a new challenge to compete for an honor that will save lives.

The medical centers are engaging in a friendly competition to see who can add the most names to the Michigan Organ Donor Registry.  The challenge will end March 31, 2017 and the winner will be announced by Secretary of State Ruth Johnson.

To date, 55 percent of adults in Michigan have joined the Michigan Organ Donor Registry and have the red heart emblem on their state ID or driver’s license.

November is Diabetes Awareness Month, the perfect time to learn and recognize the warning signs of type 2 diabetes.

Stock your kitchen with all the ingredients you'll need for a quick, nutritious breakfast.

Gearing Up For Running

It starts with choosing a running shoe, but includes everything from the right clothes to the latest running apps.

No matter how busy their lives get, the group makes a point to always get together around Mother’s Day.

Beaumont continually evaluates and modifies its practices and internal controls to enhance the security and privacy...