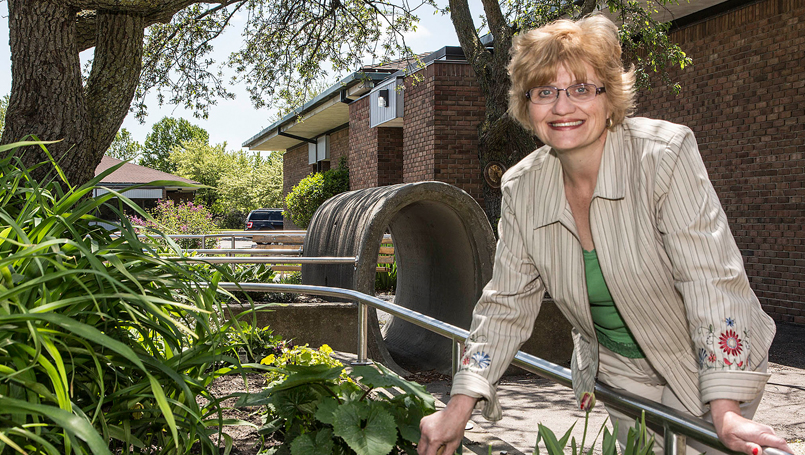 Fans of the Biggest Loser, extreme weight loss/reality TV show, were shocked  to learn of the negative, long-term effects that 16 show alumni experienced, according to a study conducted by a National Institutes of Health researcher and outlined in a May 2 New York Times article.

Not only did they gain most of their weight back and sometimes more, scientists found the metabolism of all 16 contestants had slowed significantly since they started the show.

Biggest Loser Season 8 winner, Danny Cahill, for example, regained 104 of the 241 pounds he lost. His metabolic rate slowed to the point that he now burns 800 fewer calories a day than would be typical for a man his size.

Beaumont patient Maureen Stone, 53, of Deckerville, is not surprised.

At her heaviest point prior to bariatric surgery at Beaumont Hospital, Royal Oak, Stone, a now petite size 5/6, weighed 405 pounds.

In contrast to her Biggest Loser counterparts, Stone has found the tools and boundaries she was seeking in terms of appetite control and hunger regulation through surgical weight loss.

“Back when I was heavy, I would tell my husband: ‘I’m so hungry I could eat my hand!” recalled Stone, a self-described, yo-yo dieter prior to her surgery. “I had a draggy metabolism and felt like I was starving all the time.”

Not only was Stone morbidly obese and fatigued, her asthma, among other things, was slowly killing her.

Still, she was so hungry she would cry.

At age 44, Stone’s physician, Kerstyn Zalesin, M.D., Bariatric Medical Director at Beaumont Hospital, Royal Oak, told the mother of four that if things didn’t change, she would not see her youngest child, then two-and-a-half, graduate.

“From kindergarten. She said I wouldn’t live to see him graduate from kindergarten,” Stone explained. “I would die of a heart attack or a stroke before then.”

Since her surgery, June 7, 2007, Stone has lost 184 pounds, 259 all together, and thanks to positive food choices, regular exercise and a healthy metabolism, she has successfully kept it off for nine years.

“People have to remind me to eat. I’m busy and not very hungry a lot of the time,” Stone said.

Scientists still do not fully understand why bariatric surgery patients are so successful long-term in contrast to their Biggest Loser counterparts, Dr. Zalesin said.

“Hormonal changes and changes in body composition in bariatric patients seem to be key,” Dr. Zalesin explained. “With extreme dieting, the metabolic slowdown was more extreme and persistent than what we would have expected.”

“Extreme dieting, like that seen in the competition show, can lead to an enhancement of appetite and a surge of craving making it impossible to fight the biological drive to eat, ” Dr. Zalesin added.

With extreme dieting, the metabolic slowdown was more extreme and persistent than what we would have expected.

Fortunately for Stone and others like her, researchers have not found any similar, negative, long-term, metabolic side effects in bariatric patients. In some cases, patients have even experienced increased metabolism, Dr. Zalesin said.

Since losing weight, Stone went back to school to earn both her Bachelors and Masters degrees and now works as a health and safety specialist at the Macomb Oakland Regional Center in Clinton Township.

She and her husband Dale also own a “hobby” farm in Deckerville, where they currently raise 150 layers and fryers and will soon add four head of Herford calves to raise for beef.

“It’s been an incredible journey,” said Stone, who credits her family, which now also includes two grandchildren, her faith in God and Dr. Zalesin for helping her meet the challenge.

Stone’s dedication to change, despite significant responsibility and a hectic schedule, Zalesin said, played a big role in her success.

“I am proud of Maureen and all of her substantial accomplishments since her weight loss surgery,” Dr. Zalesin said. “While some might use a busy schedule and demanding day as an excuse not to stick a weight loss program, she has managed to maintain her dedication to healthy lifestyle changes and weight loss consistently.”

November is Diabetes Awareness Month, the perfect time to learn and recognize the warning signs of type 2 diabetes.

Stock your kitchen with all the ingredients you'll need for a quick, nutritious breakfast.

Gearing Up For Running

It starts with choosing a running shoe, but includes everything from the right clothes to the latest running apps.

No matter how busy their lives get, the group makes a point to always get together around Mother’s Day.

Beaumont continually evaluates and modifies its practices and internal controls to enhance the security and privacy...