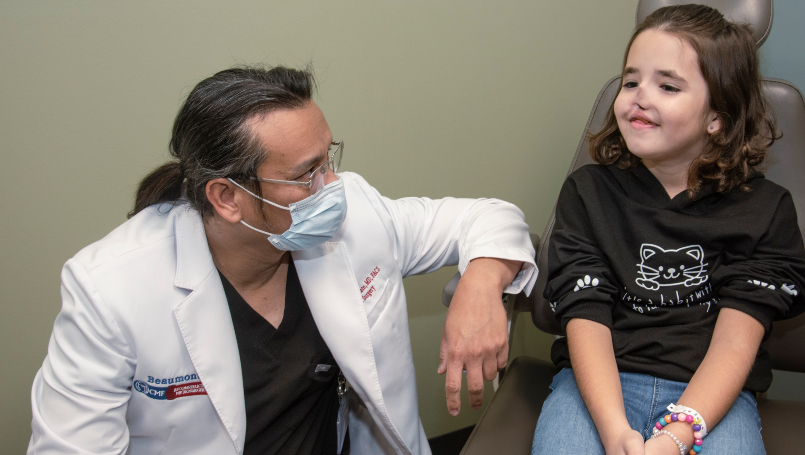 Nine-year-old Aliz Cservenak has spent more than half of her life in the hospital in Hungary, battling cancer and losing her nose, part of her palate and upper jaw to a severe infection.

Yet, her family said she is still the happiest little girl with the most beautiful smile.

Unfortunately, that smile fades when she goes to school.

“It’s really hard for her to be there, surrounded by kids because they can be mean to her,” her sister Lili Misúr said. “She mostly studies at home.”

During her extended stay in the Hungary hospital, Aliz caught a severe infection to her face, resulting in the disintegration of her nose and facial bones.

“This facial deformity makes it impossible for our Aliz to have a normal childhood experience,” her mother, Mariann Dekany, said. “She needs her face back to be able to socialize properly, go to school and make friends.”

In 2017, at just four years old, Aliz was diagnosed with acute lymphocytic leukemia (ALL), a type of blood and bone marrow cancer that affects white blood cells. She then underwent a year of chemotherapy.

“This diagnosis changed our world,” Dekany said. “We thought this nightmare would finally be behind us. Sadly, we were wrong.”

In 2019, the cancer returned and Aliz received more aggressive chemotherapy. 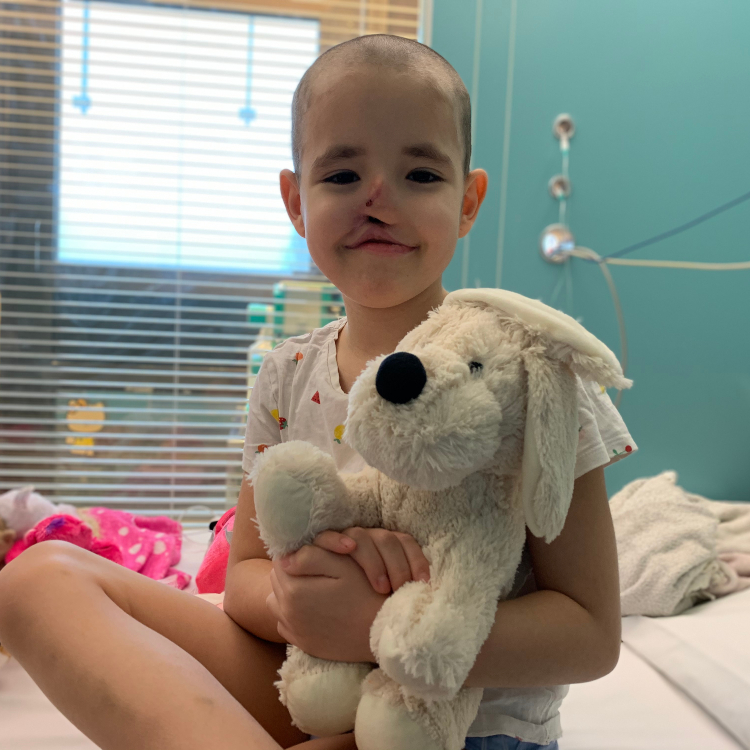 As a result, Aliz’s immune system was severely compromised, which led to her catching a severe fungal infection in her nose that spread to her brain, lungs and hard palate. The infection, called Mucormycosis, is a serious and rare fungal infection caused by a group of molds and mainly affects people who have health problems or take medicines that lower the body's ability to fight germs and sickness.

“True to her fighting spirit, Aliz defeated the infection in 10 months and was finally able to receive a bone marrow transplant,” Dekany said.

While the transplant was successful, unfortunately, Aliz’s nose and hard palate died from the infection and had to be removed.

With Aliz’s leukemia in remission, her parents were desperate to help restore their daughter’s face.

“We consulted with numerous doctors in Hungary, but we always got the same answer: facial reconstruction surgery is only possible after the age of 18,” Misúr said. “We were completely heartbroken, but we didn’t want to give up.”

“We found him and pictures of his fantastic work, which gave us a new hope,” Dekany said.

The family then wrote an email to Dr. Chaiyasate sharing their story. To their surprise, he responded within 30 minutes, giving them the long-awaited “yes” they were searching for all along.

“We were so excited,” Misúr said on behalf of the family. “It was really just a miracle.”

“It will take a minimum of one to two years to complete reconstruction and involves several surgeries” Dr. Chaiyasate said. “Initially, I performed microsurgery, which involves taking healthy tissue from one area of her body and transferring it to reconstruct her face.”

Aliz is one of Dr. Chaiyasate’s approximately 15 charity patients that he has helped assist.

“I have a charity fund through which I am able to help patients, like Aliz, that would otherwise not be able to receive the surgical reconstruction that they desperately need,” he said. “It’s a privilege to be given the opportunity to help her in her journey. Aliz has an amazing spirit, is resilient and an inspiration for all of us.”

“For a long time, we thought that nobody was going to help us,” Misúr said. “My mom and dad said Dr. Chaiyasate gave us hope, and he can give Aliz her normal life back. And not just hers, but all of us. We are so grateful for him.”