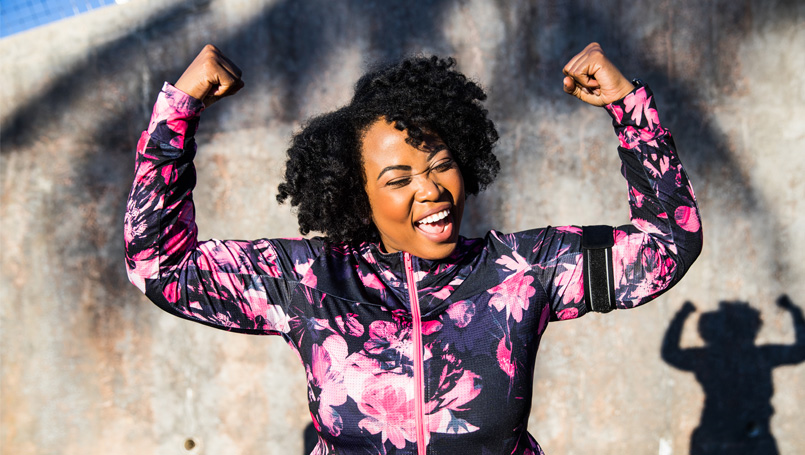 Losing weight is difficult, but it’s also only part of the equation: You have to keep it off too. And unfortunately, the outlook for long-term weight loss isn’t good.

Estimates say that 80% of people who lose at least 10% of their body weight will eventually regain it and return to their pre-loss weight or heavier.

In part, we have some cruel tricks of biology to thank for that.

A study published in 2016 in the medical journal Obesity followed up with 14 contestants on the former NBC weight-loss competition reality show “The Biggest Loser.” It found that six years after the show ended, 13 of the competitors had regained weight - an average of 90 pounds, compared to an average of nearly 128 pounds lost over the course of the show.

Another study also published in Obesity found that the body prompts us to eat roughly 100 extra calories for every 2 pounds of weight lost, meaning the body gets hungrier the more weight we lose.

Dieting is about both depriving yourself and is intended to be temporary, meaning there should be an end date when you theoretically go back to the status quo. And with will power being fallible, many people return to the bad habits that caused them to gain the weight in the first place.

Kevin Sloan, a psychologist at the Beaumont Weight Control Center, said for some patients, it’s down to a major life event that disrupts or breaks their routine, such as a sudden change in employment, death of a loved one or caring for a family member. A person may conclude they aren’t meeting their weight-loss goals, despite sticking with their new routine, and give up. Conversely, they may be losing weight and seeing real progress toward improved health and quality of life, but then get complacent.

“They eventually give up mentally, emotionally and behaviorally,” Sloan said. “I refer to this phenomenon as ‘checking out.’”

Sometimes, patients regain weight after an injury or medical issue interrupts their exercise routine, said Dr. Wendy Miller, medical director of the Beaumont Weight Control Center. Or it can also occur as a side effect of some prescription medications.

The Beaumont Weight Control Center uses a multidisciplinary focus that focuses on a healthy diet, physical activity and lifestyle change, with regular group meetings with fellow patients who are trying to lose weight. Each patient is assigned a medical provider and dietitian.

Sloan, who has facilitated group meetings for both surgical and non-surgical patients who have successfully lost weight, said the most successful patients consistently attend group meetings and maintain this consistency, having accepted that participating in a program with others is a vital component of their success.

“The common trait that I have noticed is that successful long-term weight-loss patients make a significant change in their attitude and perspective about weight loss,” Sloan said. “They typically embrace the possibility that they will need structure, support and accountability long term.”

“They accept that a 5-pound weight increase may be the beginning of a potential 50-pound weight increase, and they take action sooner,” he said. “They also seem to be accepting of the possibility that they may need to re-establish their behaviors multiple times to assist with maintaining their initial success.”

What to Know About Your BMI

BMI is a screening tool that tells doctors whether someone is carrying excess body fat.