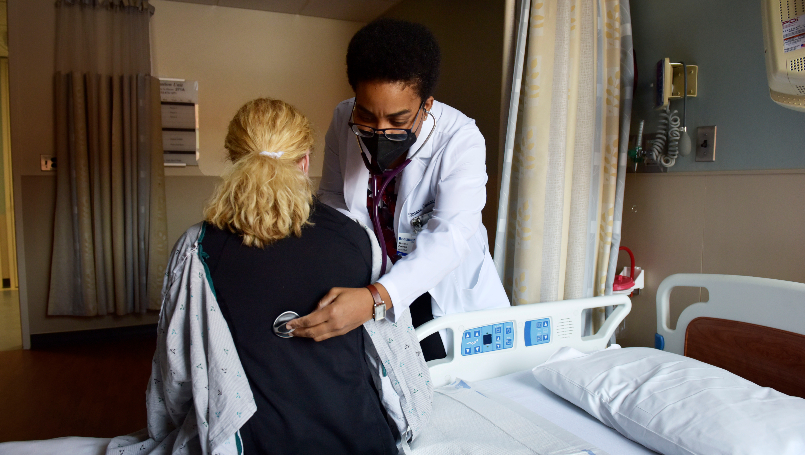 "Cardiovascular disease is the leading cause of death in diabetics and for that reason alone, it’s important for diabetics to manage their cardiovascular risk."

Most risk factors are manageable, yet few follow recommendations.

Those numbers are concerning because diabetics are at a much higher risk for a spectrum of cardiovascular issues. Some of which include, microvascular diseases like diabetic retinopathy and macrovascular diseases such as coronary artery disease to other concerns such as heart failure, according to Dr. Simone Cowan, Beaumont cardiologist.

“Cardiovascular disease is the leading cause of death in diabetics and for that reason alone, it’s important for diabetics to manage their cardiovascular risk,” says Cowan.

The good news is that experts say up to 90% of factors to manage cardiovascular disease with Type 2 diabetes include modifiable lifestyle and societal factors. However, that doesn’t mean it’s easy to know where to begin, according to Cowan.

“It’s daunting,” she says. “Most people who are diagnosed with diabetes go to a physician and are told they need to lose weight, lower their blood pressure and cholesterol, and stop smoking. They don’t know where to start and as physicians we need to help them take these steps.”

Here are three key ways diabetics can manage their risk for cardiovascular disease:

Obesity increases the risk of complications, so weight loss is very important, says Cowan. That doesn’t mean you have to lose a lot of weight — losing even 5% to 10% of one’s overall weight can significantly lower A1C.

“In order to do so, you need a tailored, individual plan with caloric and metabolic goals,” says Cowan, who recommends a proven method such as the Mediterranean diet, which is rich in fruits, vegetables and healthy oils. “You also need to add a consistent, structured exercise program that complements the diet plan.”

A comprehensive, individualized diabetes care plan is important to lower risks and support healthy lifestyles. If your physician isn’t providing one, talk to him or her about doing so. You can also find tools and resources to manage your risk through the Know Diabetes by Heart Initiative, a joint effort by the American Heart Association and the American Diabetes Association.

Of course, anyone with diabetes should be getting regular blood sugar, cholesterol and blood pressure screenings. But, because not all diabetics have equal risk for heart disease, more advanced testing for coronary artery disease can also play an important role, especially in picking up problems in the early stages, says Cowan.

She recommends a coronary calcium scan, a specialized heart X-ray test that measures plaque in the arteries, for diabetics who are 40 to 70 years old, and a baseline echocardiogram for anyone once they are diagnosed with diabetes. She also recommends patients in their 40s and 50s have an exercise stress test, which measures how well the heart works while a patient is on a treading heart disease even in the absence of symptoms.

GLP-1 stands for “glucagon-like peptide-1” receptor agonists, which are injectable medications to manage blood sugar and weight and have been described by researchers as a “game changer” in reducing the risk of heart disease, stroke and heart failure.

SGLT-1 stands for sodium-glucose co-transporter 2 inhibitors, oral medications that help the kidneys get rid of excess glucose through the urine and have been found to reduce the risk of cardiovascular disease and heart failure among Type 2 diabetics.

Diabetics should talk to their doctors about taking the medications, advises Cowan. “There is really good data that they prevent heart failure hospitalization in diabetic patients,” she says. “They should be considered for diabetics with heart failure and those without heart failure.”

What to Know About Type 1 & Type 2 Diabetes

It’s estimated about 37 million Americans are currently living with diabetes, and 1 in 5 people who have the health...