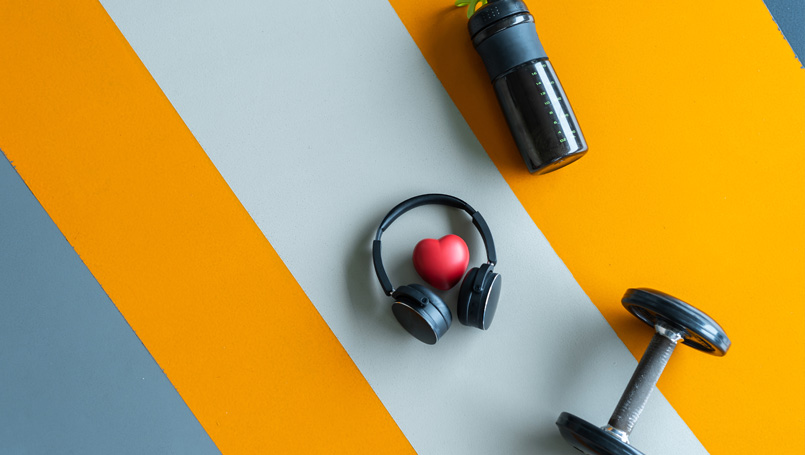 If exercise is one of the best things you can do for your heart and your body, then inactivity has the opposite effect.

“If you want to age the equivalent of 30 years go home, get in bed for three weeks and get up maybe for meals or bathroom breaks, that’s it,” says Dr. Barry Franklin, director of preventive cardiology and cardiac rehabilitation at Beaumont.

Exercise has positive effects on more than just your muscle tone - though that brings benefits beyond simple vanity, too. It can help you prevent heart disease and lower the risk of chronic diseases like diabetes. Regular exercise also:

Dr. Franklin says researchers at Beaumont have found that fitness is one of the best predictors of survival and longevity in people both with and without heart disease.

More than one kind of exercise

Broadly speaking, there are two major categories of exercise: aerobic or endurance exercise, defined as large-muscle rhythmic exercises like walking, running or cycling; and weight or strength training. The latter is especially valuable for middle-aged or older people.

“The reason I say that is that as we get older, what happens is we tend to lose lean body mass, muscle mass, and we tend to gain fat mass,” Dr. Franklin says. “The scale weight may not change all that much, but it’s very misleading.

“What resistance training can do is maintain or increase lean body mass as we age, which also tends to burn more calories. So that’s very important.”

Also important for people as they age: stretching exercises, like yoga or tai chi. If done regularly, they can help prevent falls and injury, Dr. Franklin says.

When it comes to exercising, the official guidelines from the American Heart Association call for 150 minutes a week of moderate exercise or 75 minutes per week of vigorous exercise - or 30 minutes a day for five days a week.

But if you’re worried that it’s too hard to carve out that much time in a single block, don’t be. Studies now show that you can do three, 10-minute bouts of aerobic exercise “and get the same or better benefits as if you do one, 30-minute bout,” Dr. Franklin says. That’s because every time you exercise, your metabolism goes up and stays elevated for as much as 90 minutes, burning more calories than normal even after you’ve stopped exercising.

“You don’t have to put the dollar in the piggy bank all at one time,” Dr. Franklin says. “I tell patients, ‘You can put four quarters in there at different times and get the same or more benefit.’”

Which exercises are best, and which should you avoid?

While running, cycling, dancing and swimming are all great ways to get your heart rate up, scientists widely consider a vigorous walk to be great for your heart. And as Dr. Franklin notes, even taking regular breaks from your desk to walk around the office or visit a coworker you need to speak with can add up to big health benefits.

But if you haven’t exercised in years, don’t go out and immediately start running. “I don’t care if you were a former athlete, start walking,” Dr. Franklin says. Then gradually increase your speed to start short bursts of jogging.

Another dangerous activity is shoveling snow, which Dr. Franklin says is “probably the most hazardous activity available today.” In 2003, Beaumont researchers published the results of a study in the American Journal of Cardiology after two major snowfalls in the Detroit region in which 36 people dropped dead after shoveling snow.

It’s dangerous for several reasons, Dr. Franklin says. First, it involves arm work, which is more taxing than leg work. Secondly, people tend to strain when hoisting big shovelfuls of snow and hold their breath, which can cause big fluctuations in heart rate and blood pressure. Thirdly, the cold wind tends to constrict blood vessels and arteries to the heart, so oxygenated blood tends to pool to the lower extremities instead of to the heart and head, where it’s most needed.