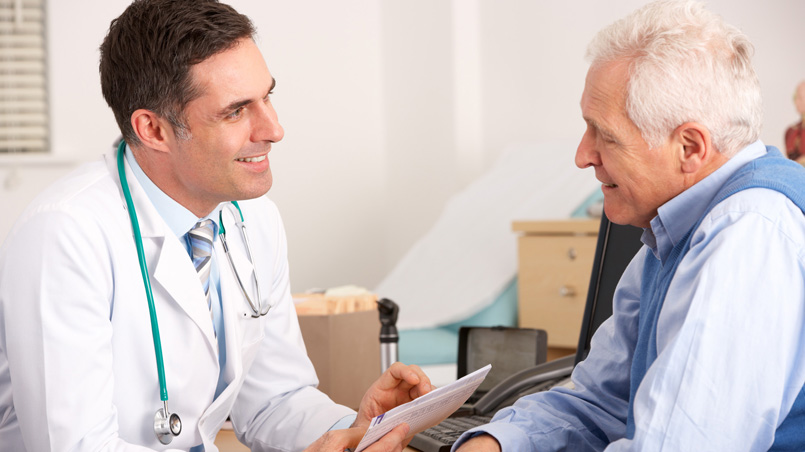 Nearly 220,000 U.S. men will be diagnosed with prostate cancer this year.

Should men get a PSA test for prostate cancer?

Should men get a PSA test for prostate cancer?

When the U.S. Preventative Services Task Force recommended against prostate-specific antigen screening for prostate cancer in 2012, researchers began studying what effect this would have on diagnosing and treating prostate cancer in medical practices nationwide.

These findings come as no surprise to Jason Hafron, M.D., Beaumont urologist and surgeon. “The task force recommendation dramatically changed the landscape of diagnosing prostate cancer.”

During the 1990s, with the potential for cure with early detection, population-based screening programs were widely implemented in the United States.

Said Dr. Hafron, “It’s troubling. We’ve known for the past 30 years PSA screenings prevent prostate cancer deaths. With the use of PSAs reduced significantly, we may see more advanced and aggressive forms of cancer, with the unintended consequence of more men dying.”

Dr. Hafron insists PSAs remain a valuable tool in diagnosing prostate cancer in certain men, and patients and their physicians should continue to discuss the risks and benefits of PSA screening. New technology, like the use of biomarkers, advanced MRI imaging and genetics are also beneficial in preventing and treating prostate cancer.

Men who might benefit from a PSA blood test:

“Urologists are now focusing on refining and identifying prostate cancer that is potentially lethal and should be treated. I agree we need to be a lot smarter and selective of who we are screening and when, but we should not stop using PSA altogether as recommended by the USPSTF,” said Dr. Hafron.

For more information on prostate health and screening guidelines/recommendations, talk with your family physician or urologist.