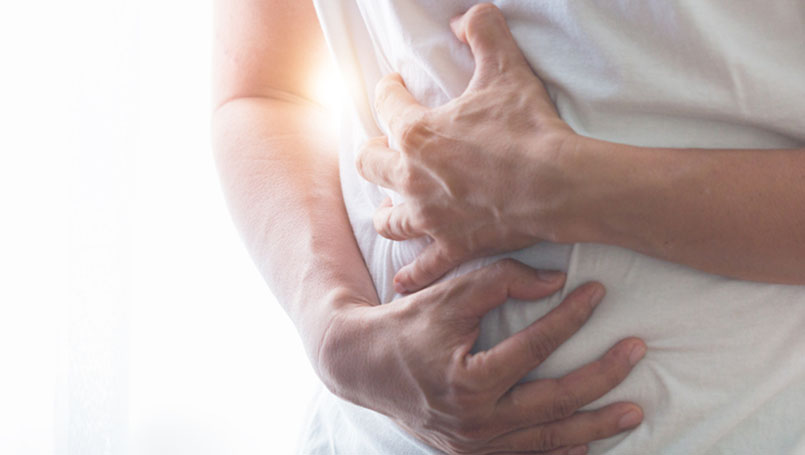 Colorectal cancer rates and deaths among younger people have been rising and experts are concerned and looking for answers.

For many years, progress in the fight against colorectal cancer was encouraging. Death rates from the disease dropped 56% from 1970 to 2019, and the overall number of diagnoses has been declining since the mid-1980s, according to “Cancer Facts & Figures 2022,” a report by the American Cancer Society.

However, despite the progress, not all the news is good. Despite declines in older people, colorectal cancer rates and deaths among younger people have been rising at rates that have experts concerned and looking for answers.

“It is definitely an alarming trend,” says Dr. Mehmet Donat, chief of Gastroenterology and Endoscopy at Beaumont Hospital, Troy. “It’s something we have been studying. There are a lot of theories, but we can’t pinpoint exactly why this is happening.”

Perhaps most worrisome is the fact that younger people are being diagnosed with advanced colorectal cancer in increasing numbers. A recent study in the journal Cancer Epidemiology, Biomarkers & Prevention found that distant-stage colorectal cancer, or cancer that has spread to other parts of the body, is making up a rising proportion of diagnoses in young patients, particularly Hispanics and non Hispanic Blacks.,/p>

“Colorectal cancer rates should be low and stable. That’s why the United States Preventive Task Force changed guidelines to begin colon cancer screening at age 45. But that doesn’t help people younger than that,” says Donat, referring to the change the USPTF made in May 2021, lowering the age for those at average risk to begin colorectal cancer screenings from 50 to 45.

The authors of the study in Cancer Epidemiology, Biomarkers & Prevention concluded that in patients too young for screenings, “vigilant attention” must be paid to symptoms and comprehensive family histories should be taken so earlier screenings can be offered.

Knowing symptoms can be lifesaving.

While knowing the symptoms of colorectal cancer is important for everyone, it’s particularly crucial for those who are too young to qualify for preventive screening tests such as colonoscopies and stool tests. Changes in bowel habits, blood in the stools or rectal bleeding are common signs, but weight loss, fatigue and anemia can also be symptoms. (See sidebar for a list of colorectal cancer symptoms.)

Physicians can sometimes downplay symptoms in younger people as nothing to be concerned about, especially because colorectal cancer symptoms frequently overlap with IBS and other less-serious conditions, according to Donat. According to the Colorectal Cancer Alliance, a recent survey of young cancer survivors found that 82% were initially misdiagnosed, 67% saw at least two doctors before getting a diagnosis and 50% felt their symptoms were ignored.

And when it comes to colon cancer — or any cancer for that matter — time is of the essence, because the earlier the disease is caught, the easier it is to treat.

“If a doctor says to a young person ‘It’s hemorrhoids, don’t worry, and if it’s a problem, come back,’ by then six months to a year can go by,” says Donat. “As physicians, we need to stay open-minded and consider all possibilities, even in younger people and even if they’re rare, especially if they’re deadly possibilities.”

Young patients also are prone to not taking symptoms seriously, he adds. “Patients have to be their own advocates instead of blowing off symptoms,” says Donat. “If you are concerned and not getting better the more often you see your doctor, the more seriously they’ll take it. Go back and tell them you’re concerned.”

Many cases are preventable.

While no one knows for sure why younger people are getting colorectal cancer at higher rates than ever before, experts do have some theories. A genetic predisposition is likely, especially in the very young, according to Donat.

“It could also be lifestyle-related, because we know lifestyle
affects colorectal cancer rates in general,” he adds.

According to the ACS, more than half of all colorectal cancers are due to modifiable risk factors, meaning behaviors you can change. These risk factors include excess body weight, physical inactivity, long-term smoking, high consumption of red or processed meat, low calcium intake, heavy alcohol consumption, and very low intake of fruits and vegetables and whole-grain fiber.

“Changing these modifiable risk factors to decrease your risk applies to everyone,” says Donat.