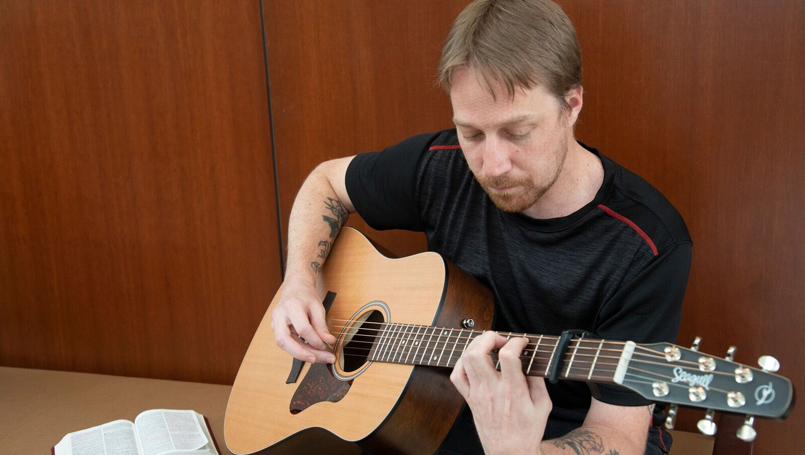 After a rare skull cancer diagnosis, proton patient Aaron realized that what's important, has been by his side for most of the last eight years.

Patient with cancer grateful for second chance at life, proposes to his girlfriend

Patient with cancer grateful for second chance at life, proposes to his girlfriend

Aaron Young, 36, of Hudson, Michigan, said being diagnosed with cancer has strengthened his faith in God and brought him closer to his girlfriend, Dee Morales. Correction - fiancee.

This week, he proposed to her and she said, “Yes!”

Between proton radiation therapy appointments at Beaumont Hospital, Royal Oak, Young is turning to his bible and acoustic guitar for inspiration in writing a special song for Dee.

“I asked for her mother’s permission before I proposed,” Young said with a smile.

After being diagnosed with clival chordoma, a rare, aggressive cancer, Young underwent a complex surgery to remove the malignant tumor, located behind the nasal cavity, in March.

“I thought I’d have to go to Boston,” Young said. “We were happy to find out that Beaumont opened a proton therapy center here in Michigan just last year.”

According to radiation oncologist Peyman Kabolizadeh, M.D., medical director of the Beaumont Proton Therapy Center: “Aaron’s surgical team removed more than 90 percent of the cancer. Because of the cancer’s location, traditional radiation treatment -- which could damage or destroy Aaron’s optic nerve, brain stem or cranial nerve network -- was not an option.”

Proton therapy works by destroying cancer cells with a scanning beam of radiation, fueled by positively charged, atomic particles that travel two-thirds the speed of light.

At the same time, pencil beam scanning delivers the protons in thin beam pixels which, like a pencil, move back and forth to “paint” a radiation dose on the malignant tissue, layer by layer.

Compared to X-ray beams, which travel straight through a patient, proton beams stop at the tumor. As a result, adjacent organs are protected from exit dose damage.

While proton therapy is not effective against all cancers, it can be used to effectively treat solid and localized tumors like Young’s.

“Standard radiation would not allow us to increase the dose to the level needed to eliminate the tumor,” Dr. Kabolizadeh said. “That is why it is so gratifying to be able to offer patients like Aaron treatments that represent the latest research and technology.”

“We have a great base-of-skull program,” Dr. Kabolizadeh continued. “We are able to offer the best treatments with proton therapy to all patients in a multidisciplinary fashion.”

The Beaumont Proton Therapy Center is one of only 28 in the U.S and the only operational center in Michigan. Since opening in the summer of 2017, Beaumont doctors have treated or consulted with patients across Michigan and 11 other states.

And while clival chordoma sometimes returns, Dr. Kabolizadeh is optimistic that with close follow-up, Young will be able to spend time with the ones he loves for years to come.

“Aaron is a sensitive and determined guy,” Dr. Kabolizadeh said. “It is our job to support and empower him every step of the way.” 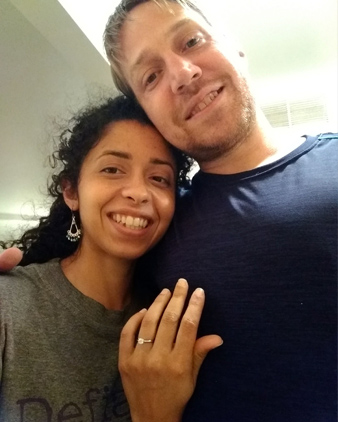 “I’m so grateful for everything the Lord has provided for me in the path of this cancer,” Young said. “The surgical team performed miracles. At Beaumont, the radiation team, and the entire health care staff have been so compassionate. They’ve treated me like family.”

“This is one of the scripture verses that I feel sums it up for me now: Jeremiah 29:11 ‘For I know the plans I have for you, declares the Lord, plans to prosper you and not to harm you. Plans to give you hope and a future’.”

Aaron’s cancer diagnosis helped him recognize that what he’s been searching for, has been right there with him all along.

“Dee has been a huge comfort and inspiration to me, including during the last five months,” Young said. She is a gift from God. I’ve been given a second chance at life and I am so looking forward to spending it with Dee.”