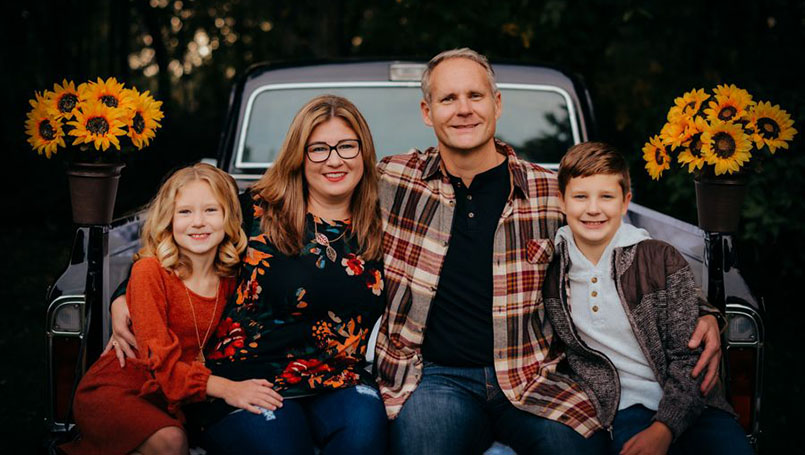 “He was extremely sick with a virus,” Marisa Varga, Pete’s wife, said. “We took him to the hospital and his first night back home, he suffered a grand mal seizure in his sleep.” From there, the seizures never stopped for Pete, 44, of Farmington Hills. He got to the point where he was having eight to 10 seizures a day and one grand mal seizure every three months.

Life as he knew it completely changed for Peter Varga in late 2005, after returning home from a work trip out of the country.

“He was extremely sick with a virus,” Marisa Varga, Pete’s wife, said. “We took him to the hospital and his first night back home, he suffered a grand mal seizure in his sleep.”

From there, the seizures never stopped for Pete, 44, of Farmington Hills. He got to the point where he was having eight to 10 seizures a day and one grand mal seizure every three months – which is a more intense form of a seizure that involves a loss of consciousness and violent muscle contractions.

“It's hard to watch…it’s scary,” Marisa said. “And there’s not much you can do other than try to stay calm, especially for the kids. I think the biggest thing is making sure that he is safe, doesn’t hit his head or hurt himself.”

Over the next decade, Pete’s original neurologist constantly adjusted the dosage of his medication to try to get his seizures under control. The Vargas described it as a game of trial-and-error.

Fast forward to 2018: Things took a turn for the worse when Pete had a seizure while driving home from picking up his then-3-year-old daughter from daycare.

“Thankfully, my daughter and I were safe, and nobody got hurt,” Pete said. “That was the last time I drove.”

Now, Pete gets rides from family and friends, occasionally bicycles to work and takes advantage of the new work-from-home lifestyle.

“After the car accident with our daughter in the car, we went to our general neurologist and said, ‘This isn’t working. There’s really something wrong, and we need more help,’” Marisa said. 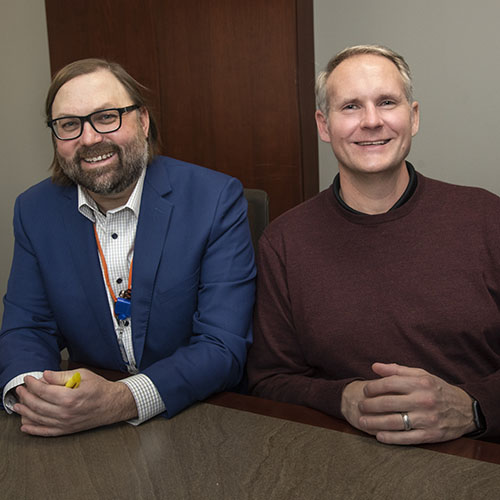 Dr. Zillgitt is a part of the Beaumont Adult Comprehensive Epilepsy Clinic, a neurology sub-specialty clinic, at Corewell Health William Beaumont University Hospital. The clinic is in the Neuroscience Center and specializes in the evaluation and treatment of epilepsy and related seizure disorders in adult patients ages 18 or older. Beaumont Children's also offers a range of pediatric epilepsy treatment and monitoring services for infants, children and teens with seizures or epilepsy through its Comprehensive Epilepsy Center.

“Dr. Zillgitt said within the next three to four years, these are the tests and surgeries we’re going to do because your medication isn’t working anymore, and we need to find a way to get control of your seizures,” Marisa said. “And everything he laid out for us has happened for Pete.”

In November 2020, Pete underwent stereoelectroencephalography (SEEG). The surgical procedure is used to precisely identify the area of the brain where seizures originate and investigates more area than a conventional EEG.

For the SEEG, doctors carefully drilled 18 small holes into Pete’s skull and used a robotic arm to place electrodes internally throughout his brain. Over the next 14 days, Pete had a recorded 115 seizures, including one grand mal seizure – 112 of those came from the left side of his brain.

This painted a better picture for doctors on where to best implant a NeuroPace, a responsive neurostimulation (RNS) device that monitors for abnormal brain activity and automatically delivers electrical pulses to prevent seizures before they happen. The NeuroPace also collects data used to constantly fine tune patient care.

“The device allowed us to confirm over 95% of his seizures were arising from the left temporal lobe,” Dr. Zillgitt said. “It also gave us the data we needed to proceed with Pete’s temporal lobectomy.”

In Dec. 2021, neurosurgeon Dr. Michael Staudt removed three parts of Pete’s brain on his left side where most of his seizures were tied to – his temporal lobe, amygdala and hippocampus.

The primary functions of the temporal lobe include memory, auditory processing, language processing, visual processing, emotion control and response, facial recognition and speech. For this reason, they woke Pete up during the surgery.

“Amazingly enough, during surgery, they had me talk with a speech pathologist to ensure they weren’t affecting any of my language capabilities,” Pete said. “They were asking me questions, so I could actually remember and say my kids’ names when I woke up.”

While Pete responded to questions, the surgeon stimulated areas of his brain that he wanted to identify to protect Pete's speech and language functions.

“Following surgery, Pete does have some memory problems and language processing issues,” Marisa said. “But his speech is generally fine. These are all problems that would have occurred or gotten worse if he had continued to have the number of seizures that he was having every day.” 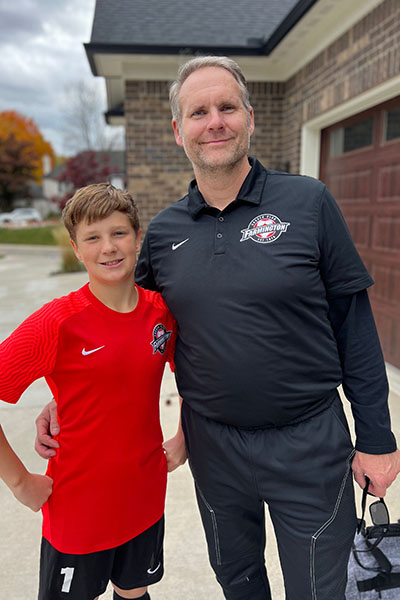 Pete said it took him a good four months to recover from the surgeries, which improved his quality of life overall.

Pete was having about one seizure a month but is currently on month three without experiencing a single one.

“We were on the verge of losing hope,” Marisa said. “A lot of people say it’s a miracle. I say we can combine that with science, technology and what Corewell Health East has been able to do for us and our family.”

Epilepsy affects approximately 3.5 million people in the U.S., and 1 out of 26 people will develop epilepsy during their lifetime, according to the Epilepsy Foundation.

"At the sign of a seizure, it's important to talk to your primary care physician and have an evaluation by a neurologist,” Dr. Zillgitt said. “If seizures continue after trying two medications, or are still happening one year after the diagnosis of epilepsy, it may be beneficial to have an evaluation by an epileptologist at a comprehensive epilepsy center." 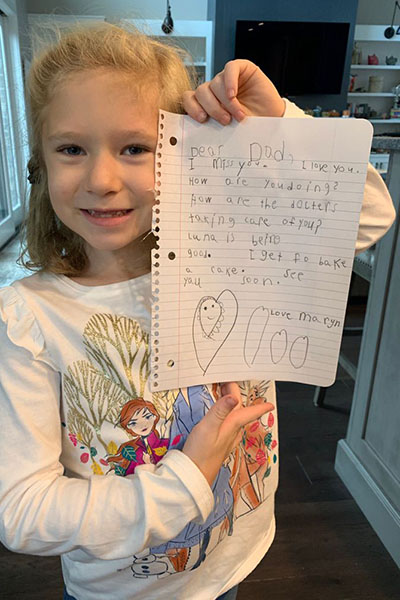 This National Epilepsy Awareness Month, the Varga family wanted to share their story to shed light on struggles that individuals with epilepsy may be faced with and the journey that one must go through to see results.

Another takeaway message they want people to remember: a person might not look like anything is wrong but still struggle with disabilities or challenges that aren’t visible.

“If you see or meet Pete, he looks like a totally normal guy,” Marisa said. “You would have no idea everything that he’s been through. So our kids grew up knowing that people exist with challenges, and I think they have more empathy and compassion for people, as do I. It’s important for us all to remember that: to have empathy.”

To learn more about The Adult Epilepsy Clinic or schedule an appointment, visit https://www.beaumont.org/services/neurology/adult-epilepsy-clinic.