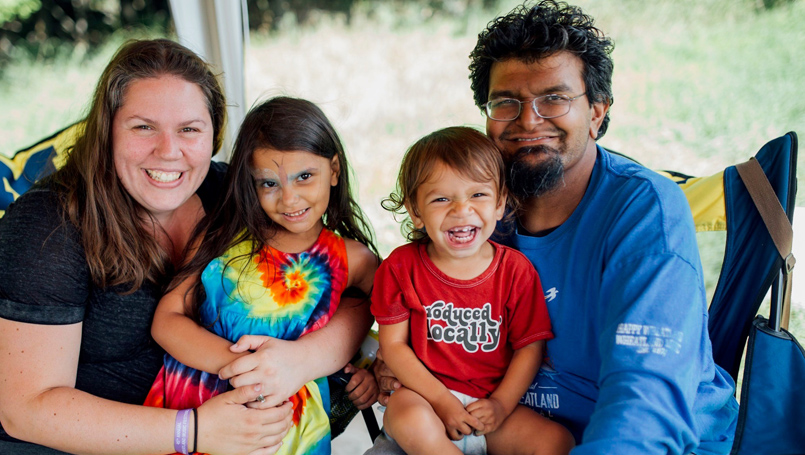 Runny noses are easy to dismiss. That’s why Dr. Sabharwal, waited to seek medical attention. Now, he realizes that mistake could have cost him his eyesight, or even his life.

Busy caring for others, doctor misses signs he developed rare form of cancer

Busy caring for others, doctor misses signs he developed rare form of cancer

And that’s exactly why Sammit Sabharwal, D.O., waited so long to seek medical attention. Now, he realizes that mistake could have cost him his eyesight, or even his life.

Dr. Sabharwal was a new parent. He was exhausted. His baby girl’s tears interrupted his sleep. His job at the hospital involved making life or death decisions every day. Stress invaded nearly every aspect of his life.

The 38-year-old spent all his time taking care of others, but failed to take care of himself.

Every time he wiped his runny nose, for two years, he didn’t think much of it.

“I didn’t do due diligence like I would with a patient. I thought I had a nasal polyp. I figured I’d just ignore it until it became too bad,” Dr. Sabharwal said. “Looking back on it now, my wife did say she noticed I had a decreasing sensitivity to smell. She said I didn’t smell poopy diapers anymore,” Dr. Sabharwal said.

After his symptoms started, he waited two years to see an ear, nose and throat specialist. The specialist ordered a CT scan, an MRI and a biopsy.

The results showed it wasn’t allergies or a nasal polyp.

He had olfactory neuroblastoma, or cancer of the smelling nerve. It’s a rare form of cancer that affects about four out of every 10 million people every year.

A surgeon removed the tumor. Then, Dr. Sabharwal needed radiation to ensure the cancer did not return. Since the cancer was so close to his eye, there was a risk he could lose his vision. That’s when he started doing research and learned he might be a candidate for proton therapy.

“My doctor told me proton therapy has fewer side effects than other forms of treatment,” Dr. Sabharwal said. “So, I decided to give it a shot. And, it was convenient because Beaumont’s Proton Therapy Center is within driving distance of my home.”

Beaumont radiation oncologist Rohan Deraniyagala, M.D., oversaw the treatment. Traditional radiation therapy is an intense treatment in the head and neck area. However, proton therapy minimized his side effects and allowed him to work as a physician during his treatment.

Dr. Sabharwal told Dr. Deraniyagala, “I felt better during the actual proton therapy than before starting it.” 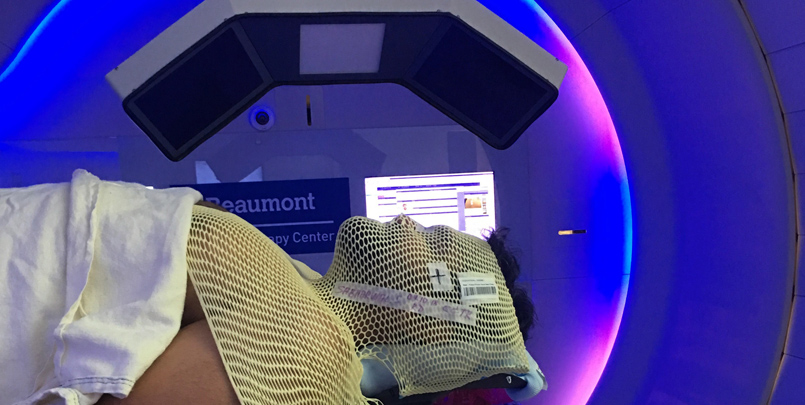 Dr. Sabharwal completed his proton therapy in July 2018 and has since returned to work full-time as a physician at Beaumont Hospital, Dearborn.

But, he’s a much different doctor now. The cancer battle changed his life and the way he practices medicine.

“I take my health more seriously. I will not presume I always know what’s going on. I’ll rely on my colleagues to check me out,” he said. “Going through this also helped me better understand and empathize with my patients. When they are letting something go, I tell them I ignored a runny nose for two years and it turned out to be cancer.”

Breast cancer is the No. 1 most commonly diagnosed cancer in women with more than 250,000 women diagnosed each year...

Nancy completed breast cancer treatment six months ago. She now has no evidence of disease and is filled with grati...