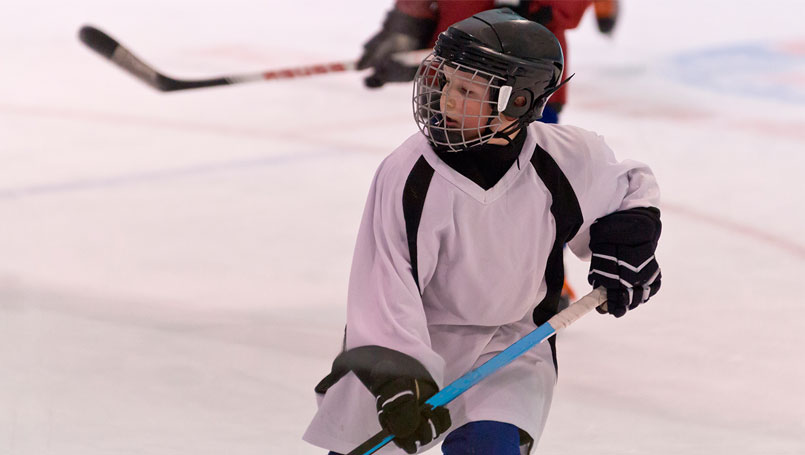 Serious injuries can occur playing hockey, but most are preventable with proper education.

Hockey players: Keep your head up to prevent neck injuries

Hockey players: Keep your head up to prevent neck injuries

Most injuries are minor, including shoulder or knee injuries, but more serious injuries do occur and are potentially preventable with proper education of players, coaches, officials and parents.

Cervical spine (neck) injuries are a rare but potentially catastrophic injury that can occur in ice hockey. Ice hockey and football are two sports that carry a higher risk of this injury, which at its worst can lead to quadriplegia, paralysis or, rarely, death. Fortunately, catastrophic neck injury is infrequent in sports with a prevalence of less than 2/100,000 neck injuries. In addition, these injuries are preventable.

The majority of cervical spine injuries are a result of impact with the boards, most commonly due to a check or push from behind. Studies looking at injury rates led to introduction of the penalty for checking from behind and subsequently neck injury rates are declining.

We have to continue to be vigilant that rules are stringently enforced and all those involved are properly educated on the dangers of checking from behind.

However, we have to continue to be vigilant that rules are stringently enforced and all those involved are properly educated on the dangers of checking from behind.

Players should also be educated on the proper method to protect themselves from cervical spine injury. Research has shown that the greatest forces on the spine are transmitted when the neck is slightly flexed or looking down. This increased force can lead to spinal cord injury.

Players should protect themselves by making initial contact with the boards with anything but their heads. If head contact does occur, always keep the head up to decrease compression of the cervical spine. Remember: “HEADS UP, DON’T DUCK!”

Dr. Donaldson is a board-certified and fellowship-trained Beaumont sports medicine specialist. She has worked extensively with young hockey players, including previously serving as team physician for the USA Hockey National Team Development Program in Ann Arbor and currently working as team physician for University Liggett School boys hockey. She has also worked with the USA Women’s Hockey team. Hockey is a familiar affair for Dr. Donaldson. She and her husband both play, as do their three children.

Stay in the Game

Skiers excited to hit the slopes this winter can do a few things to make their trips downhill more fun—and safer. H...

All You Need to Know About Splints, Boots and Braces

Whether you’re in a game, going for a run, or slip on the stairs, a serious injury can happen when you least expect...