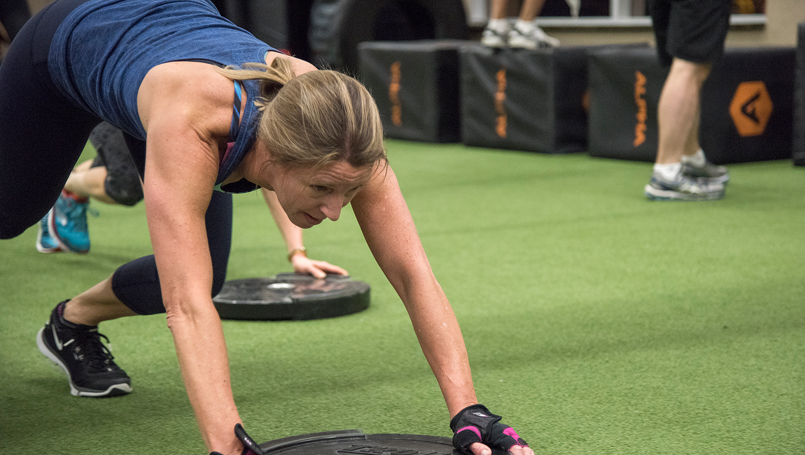 If you meet Julie Work you’d never know she has a pacemaker. She’s a healthy, young and athletic woman who rarely misses a date with the gym. For years, her friends have asked her how she stays so committed to physical fitness.

So, when she passed out while driving and slid off the road, Work assumed it was just a fluke. But, it was actually the first warning something was wrong with her body.

Luckily, she didn’t get hurt. Neither did anyone else. The Bloomfield Hills mother regrets not calling 911 right after it happened.

“It’s what a lot of women do,” Work said. “We worry about everyone else and don’t pay attention to ourselves and our own bodies. I was 49 years old. I felt and looked healthy.”

At her OB-GYN appointment several weeks later, she casually mentioned what happened behind the wheel. The story set off alarm bells for her obstetrician. She sent Work to Beaumont cardiologist Pam Marcovitz, M.D., at the Ministrelli Women’s Heart Center.

Dr. Marcovitz asked Work to wear a heart monitor for 30 days. After analyzing the results, Work learned she had an AV block, a serious heart condition where the heart beats irregularly and more slowly than usual. It can cause loss of consciousness or even sudden cardiac arrest. Patients with this condition need a pacemaker.

“This was a textbook case. As soon as I saw the data from the heart monitor, I knew Julie needed surgery,” Dr. Marcovitz said. “Her body was struggling to send electrical signals between the upper and lower chambers of her heart. This could have killed her.”

Work’s parents both had pacemakers. Surgeons installed her dad’s pacemaker when he was in his 40s. Despite her commitment to health, Work couldn’t escape her genes.

“Julie is much younger than the typical patient we see,” Dr. Haines said. “Unfortunately, she couldn’t have avoided the surgery. The condition was in her genes. But, her healthy lifestyle made her recovery from surgery much easier.”

As she lay in her hospital bed, Work dreamed of getting back in the gym. And, the moment she could, she did.

She signed up for an intensive “boot camp” workout routine at Life Time Fitness in Bloomfield Hills.

“Julie pushes herself to the absolute limit. She is an amazing inspiration to all of us,” Life Time Fitness coach Amelia Grzyb said.

But, Julie still felt the pacemaker held her back.

Julie pushes herself to the absolute limit. She is an amazing inspiration to all of us.

“I had to call the manufacturer of the pacemaker to see if we could make the adjustments Julie needed. I’ve never seen a patient push themselves this hard before,” Dr. Haines said. “She’s healthier and more physically fit than some college athletes.”

After the second adjustment, Work can now exercise without feeling hindered by the pacemaker.

“I took the ceiling off the machine and forced it to work harder for me,” she said. “I feel healthier and stronger now than ever before. I’m more physically fit than I was in my 20s.”