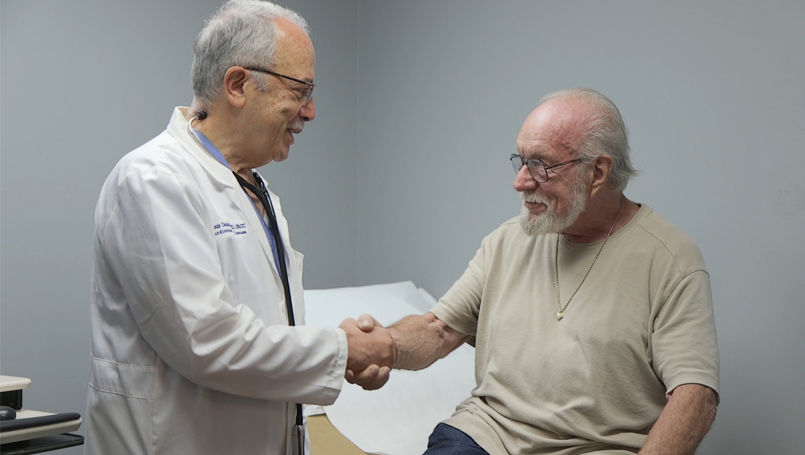 “There were four cardiologists involved in my surgery. It was like having the dream team operate on me."

He lost both parents at early ages due to cardiac disease, which remains the No. 1 killer of men and women in the U.S. Because of his strong family history of heart disease, Empson proactively sought medical attention early in his life.

“My dad passed away when he was 44 and my mother passed away at 57. When I started to develop heart problems, of course, because of the history of my family, I wanted to make sure I was monitored for that.”

Empson, now retired from the automotive industry, likes to be very active and enjoys yard work such as mowing the lawn, raking leaves and plowing snow for his brother, daughter and significant other.

Over the winter, Empson began to slow down. He plowed the snow, as he likes to do, but found himself short of breath and thought he had pneumonia.

“I went to the doctor and he gave me penicillin. I stayed on it for a week, but it didn’t do any good, so he put me on a puffer and that didn’t seem to do any good either. Then, he suggested I get a stress test and that’s when we found out my heart was causing this problem,” he said.

“I went in to see my heart doctor for a stress test and he immediately told me I had to go to the hospital.”

“When Robert came to me, he had a prosthetic valve that was 15 years old and started deteriorating slowly over the last several years,” said Samir Dabbous, M.D., director of Cardiology at Beaumont Hospital, Dearborn.“He became so short of breath, he went into complete congestive heart failure.”

Empson underwent cardiac surgery to place two stents and a second valve in his heart. This time, the second valve was placed inside another valve that was implanted in 2003 through open-heart surgery.

“His new valve was placed by catheter through the femoral artery, inside the old valve,” said Dr. Dabbous. “Right after the procedure, within hours, Robert was telling me, ‘I already feel better.’ It was amazing.”

“The first time, 15 years ago, they went in and broke the bones,” he said. “This time they went through the groin, and up around to place the replacement valve inside of my old valve and it was a whole lot easier.”

It was easier this time because Dr. Dabbous used a technique known as TAVR, or transcatheter aortic valve replacement, which is a minimally invasive procedure to replace a faulty heart valve. This type of procedure can lead to a faster recovery and improved quality of life.

“Once it was done, I recuperated very fast. Within just a couple of days, they let me out of the hospital. I was able to walk and I felt great and since then, I haven’t had a problem,” said Empson. “I’m 82 years old and with this new valve, I feel like I’m 50.”

“There were four cardiologists involved in my surgery. It was like having the dream team operate on me. I was not the least bit afraid to have this done. If you have faith in your doctor, you’re going to feel better. It’s definitely the thing to do.”

Empson now participates in cardiac rehabilitation twice a week. He works with medical experts who help him exercise safely to strengthen his heart and improve his endurance. 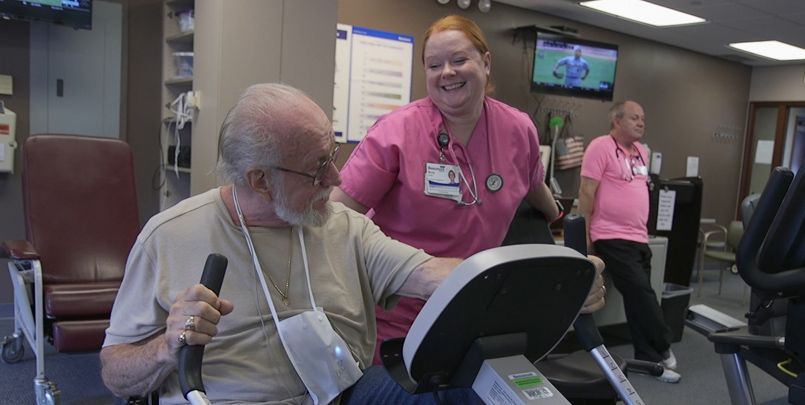 “I haven’t had any respiratory problems,” he said. “I don’t get out of breath. I decided two weeks ago to start walking to see if I can get my back working better, so I go around the block every day. Now that I’m going to cardiac rehab, I fully expect to be back out there walking around the block very soon with the rest of the guys.”

He’d also like to get back to cutting the grass and working around the yard.

“I like the idea that I can do all of these things. I’m not much of a person to want to sit on the porch and watch everybody else. I want to get out there and do it along with everybody else.”