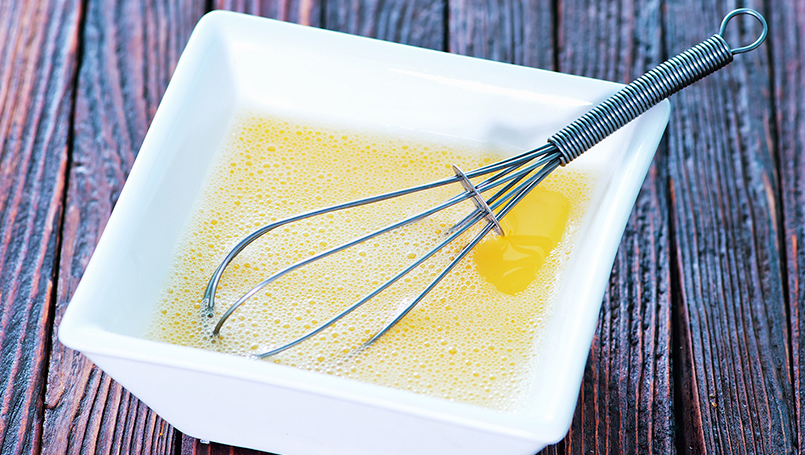 What the heck is aquafaba?

What the heck is aquafaba?

Who would think something you normally pour down the drain could have a surprising culinary potential as a vegan alternative? Aquafaba is making noise everywhere as a newly discovered cheap and accessible egg substitute. But what the heck is it? If you're curious about this new trend but need some more information before trying it, here's everything you need to know about aquafaba!

The word "aquafaba" comes from the Latin terms "water" and "beans". It is the thick liquid that is left over from canned chickpeas.

Aquafaba recently became popular when two French scientists whipped the liquid from canned chickpeas into foam, and then used it to make chocolate mouse. An engineer inspired by their discovery then realized the liquid could be a perfect vegan egg substitute.

HOW DO YOU USE IT?

Aquafaba can be used as substitution for eggs and egg whites in many sweet and savory recipes! There is also no residual flavor because the slight beany aroma disappears when cooked.

Generally, three tablespoons of aquafaba will substitute one egg. Since you will want the consistency to be the same as a regular egg yolk, you can reduce aquafaba on the stove if it appears too watery. With some trial and error, you'll get a feel for how much you need.

ARE THERE HEALTH BENEFITS?

While aquafaba contains few calories, it does not add significant nutrition. Aquafaba is composed of protein, starches and vegetable gum, but does not contain the same nutritional value as a legume or an egg yolk.

Five new walk-in clinic days at Beaumont will make it easier for people to get vaccinated.