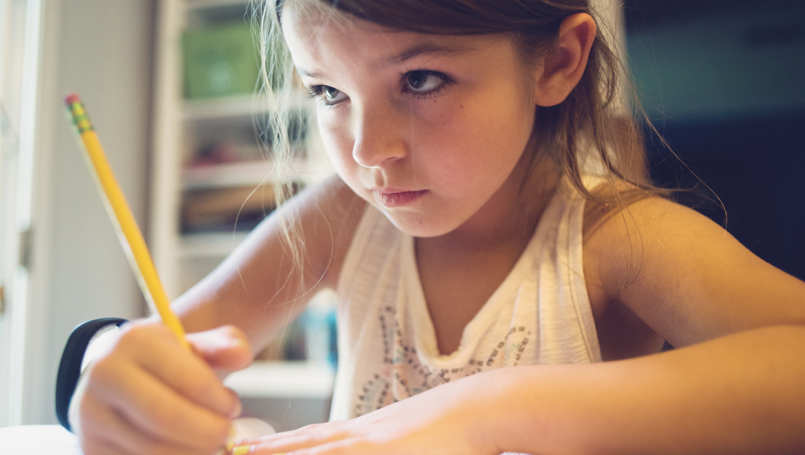 Some seizures may occur so quickly that parents are unable to fully assess behavioral changes.

The subtle signs of epilepsy in children

The subtle signs of epilepsy in children

Although epilepsy is one of the most common disorders of the nervous system - as roughly 3 million people currently have the neurological condition - it’s highly unpredictable. This makes it difficult to diagnose, especially among young children.

Subtle and mild seizures are often misdiagnosed as ADHD (or some other type of behavioral issue). Behaviors like “staring into space,” or daydreaming can be common among both conditions. Not to mention, some seizures may occur so quickly - within one to five seconds - that parents are simply unable to fully assess behavioral changes.

“Some patients can even appear to continue a normal behavior, like writing, when they have an event,” says Daniel Arndt, M.D., section chief of Pediatric Neurology at Beaumont Children’s. “However, if you look closely, their writing might be less accurate or just a sustained motion that’s disrupted by the brain’s seizure.”

Unlike adults, younger children’s behaviors and language are less developed, making it more difficult to recognize the symptoms associated with seizures. This is mainly due to their immature nervous systems and predefined brain development patterns, according to Dr. Arndt.

“Classic convulsions and absence seizures are not usually seen in patients less than 2 years old,” Dr. Arndt states. “However, children older than 6 or 7 tend to have seizures that are more similar to adult seizures.”

When - and How - Parents Should Respond

If a child’s behaviors become repetitive and can’t be stopped or interrupted, particularly over an extended period of time, parents should seek medical attention. Even subtle disruptions in daily routines shouldn’t be overlooked.

Abnormal motor movements are typically the easiest unusual behaviors to observe, whether they’re muscle twitches in limbs or shortened convulsions of the entire body. If any of these irregular behaviors and movements is noticed on a consistent basis, parents should contact their primary care physician.

“If parents are unsure, it’s always a good idea for them to check with their primary care physician or call our office to see if their child may benefit from neurological consultation,” Dr. Arndt explains. “Primary care physicians are our first responders to the care of children.”

Easily recognizable signs. Abnormal facial posturing and jerking, stiffening or jerking of one side of the body, and whole body convulsions are usually the most easily recognizable clinical signs of seizures, especially if children are at least 6 years old.

If parents are unsure, it's always a good idea for them to check with their primary care physician or call our office to see if their child may benefit from neurological consultation.

The more subtle signs. On the other hand, parents must also be aware of clinical signs that are much more understated, particularly auditory or visual hallucinations, an eye deviation to one side (or staring off), a loss of awareness or consciousness, a pause in normal behavior and erratic behaviors.

Other things to look for. A decline in school performance and cognition, momentary crucial neurologic signs - without any explanation (such as weakness in large portions of the body), temporary inabilities to communicate well, unexplained urinary incontinence and unusual sleep patterns (primarily sleeping at unanticipated times and for longer periods than normal).

Parents should notify their child’s primary care physician or a pediatric neurologist if they notice any of these signs of seizures.