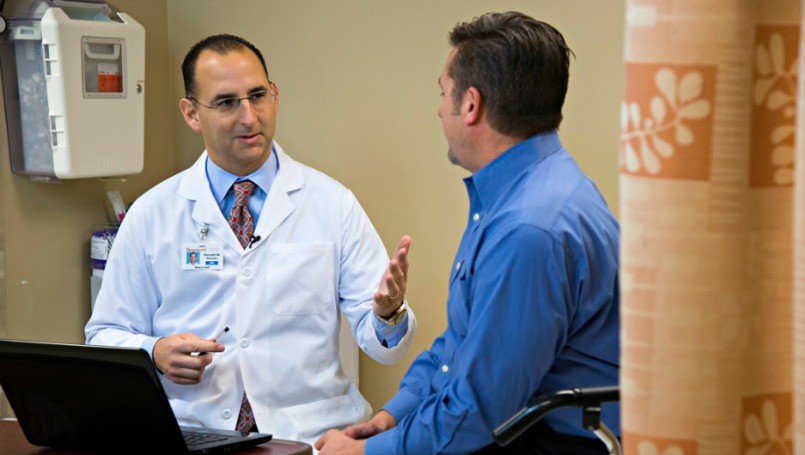 One in six men will be diagnosed with prostate cancer during their lifetime.

One in six men will be diagnosed with prostate cancer during their lifetime. But how do you know if you’re at risk?

"Most cases of prostate cancer, the second leading cause of cancer deaths in men, are found in men over the age of 65," said Beaumont urologist Kenneth Kernen, M.D. "It’s rare to receive the diagnosis if you’re younger than 40. That doesn’t mean younger men shouldn’t be concerned."

With regular screenings starting around age 50, more than 90 percent of all prostate cancers are discovered while they are localized (confined to the prostate) or regional (nearby), with the five-year survival rate for men diagnosed with prostate tumors at these stages nearly 100 percent. However, if prostate cancer is diagnosed after it has spread, the five-year survival rate drops to 28 percent.

Every man who is reasonably healthy and has at least a ten-year life expectancy should be screened on an annual basis.

Because prostate cancer often has no symptoms at all, regular screenings are very important. However, some common symptoms can include:

As with any serious illness, early detection is key, so don’t wait until you’re experiencing serious symptoms before you see a doctor.

In the early stages of prostate cancer, symptoms are often not present or not severe enough to be noticeable. If you’re experiencing any symptoms, make an appointment with your doctor for a blood test and a physical exam.