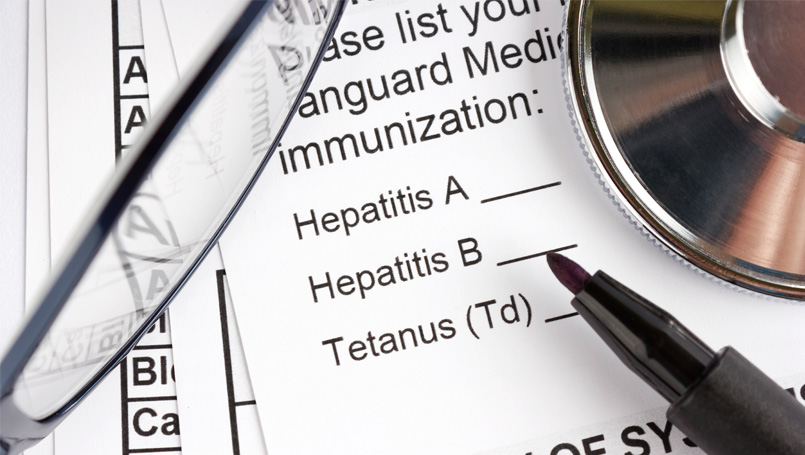 Answers to common questions about hepatitis A, including symptoms, misconceptions and more.

How Hepatitis A is Transmitted and How to Avoid It

How Hepatitis A is Transmitted and How to Avoid It

Across the country, localized outbreaks of hepatitis A have thrust the disease into the news. Michigan itself is home to an outbreak that began in 2016 and had resulted in more than 900 cases and 28 deaths. Kentucky has seen the nation’s largest outbreak, with more than 4,100 people infected and 40 killed.

We checked in with Nicholas Gilpin, D.O., an infectious disease specialist and chief medical officer at Beaumont, Grosse Pointe, to find out more about hepatitis A and how you can avoid it.

What is hepatitis A?

Hepatitis A is a viral infection that causes inflammation of the liver. It is usually transmitted from contaminated food or water, but it can also be spread from close contact with infected persons. Most people who become infected will feel sick for at least a week, and potentially up to six to eight weeks, but a full recovery is usually expected. In very rare cases, hepatitis A infection can lead to liver failure or death.

Symptoms are more common in adults than in children; young people under age 6 will often not show any symptoms of hepatitis A infection. The most common symptoms include fever, fatigue, nausea, vomiting, diarrhea, loss of appetite and yellowing of the skin. The latter is due to high levels of bilirubin (a substance found in bile) that accumulate in the body. This also leads to dark urine and light or clay-colored stools.

Symptoms often take as long as four weeks to appear, and a person might be contagious for as many as two weeks before any symptoms appear. This makes tracking outbreaks of hepatitis A very challenging for public health officials.

How common is Hep A?

Any idea what’s behind this uptick?

The recent hepatitis A outbreak in Michigan started nearly three years ago in 2016. No common food or beverages have been identified as a potential source of infection. Transmission of this outbreak has mostly occurred through direct person-to-person contact and illicit drug use.

Who is most susceptible, and why? Is it worse at any particular age?

Children are less likely to suffer symptoms of hepatitis A compared to adults. Certain populations are more likely to become infected with hepatitis A, making them good candidates for vaccination. The most susceptible include travelers to countries where hepatitis A is common, intravenous drug abusers, men who engage in sexual contact with other men, and people who are in contact with someone who is known to have hepatitis A (such as health care workers and household contacts).

How is it treated?

There is no specific antiviral treatment for hepatitis A. Treatment usually consists of rest, plenty of fluids to keep from getting dehydrated, and nutrition. If you are exposed to the hepatitis A virus, hepatitis A vaccine and immune globulin can be given within two weeks of exposure to help mitigate the effects of the illness.

How can people avoid getting hepatitis A?

The best protection against acquiring hepatitis A infection is through vaccination. Two doses are usually given for full effectiveness. Hepatitis A vaccine is recommended for all children beginning at age 1, and it is also recommended for any person who wishes to be immune if they have not previously received the vaccine.

Washing your hands and avoiding contaminated sources of food and water are also effective prevention strategies.

The most common misconception about hepatitis A relates to the long incubation period of the infection, and the fact that a person can be contagious prior to having any overt symptoms. This often leads to confusion about where the virus may have been acquired, and also potentially leads to a delay in seeking appropriate care after being exposed.

Adult Vaccinations: When and Why

Is it Allergies or COVID-19?

Tips to Boost Your Immune System During the COVID-19 Pandemic

Several things you can do to increase your immune system’s ability to fend off the coronavirus or other diseases.

What is Antibiotic Resistance and Why You Should Care

Dr. Chittick explains what antibiotic resistance is and clears up some common misconceptions about it.

How students can be safe and healthy when studying abroad

Prepare for a safe and healthy study abroad experience by following these travel health tips for students.

What you need to know about West Nile virus

As we head into peak mosquito season, learn how to recognize and prevent West Nile virus.

It's so easy to administer, you don’t even need a doctor

Beaumont Health caring for COVID-19 patient, increasing efforts to contain the spread of the virus

Beaumont's medical team is currently caring for the first Beaumont patient who tested positive for COVID-19.

Stop asking for that antibiotic

Antibiotic resistance is a larger public health threat than most people realize.