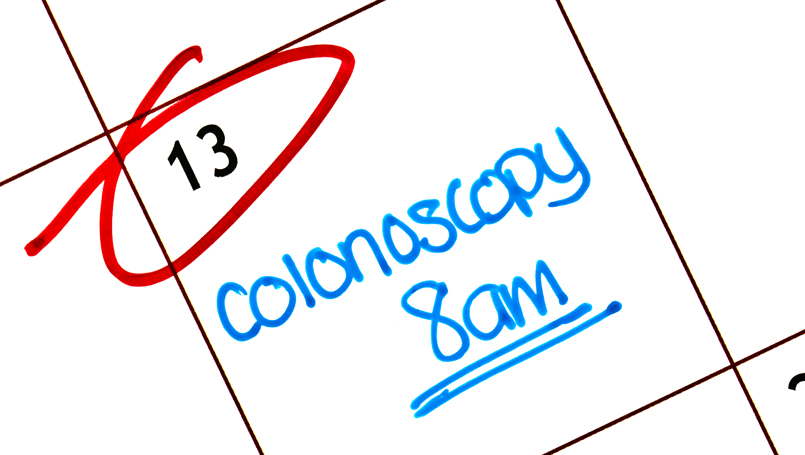 A colonoscopy is the best way to detect colon cancer early. Here's what you can expect afterward.

It’s estimated that nearly 150,000 Americans will be diagnosed with colorectal cancer, defined as cancer of either the colon or rectum, in 2019. It’s the third most commonly diagnosed form of cancer and the second leading cause of cancer deaths for women and men combined in the U.S.

The good news is that the death rate from the disease has been dropping steadily, thanks in large part to improved treatment methods and more widespread use of screenings to identify colorectal polyps and remove them before they develop into cancer.

Recently, the American Cancer Society lowered its recommended age for screenings for people of average risk to age 45, from 50 previously. At Beaumont, doctors recently examined the age ranges of patients who tested positive for colorectal cancer. They found that 10 percent were under age 50 and 40 percent were over age 75, defying the conventional wisdom that the disease mostly occurs between the ages of 50 and 75.

“The data out there is people are getting it at a younger age, so I am in favor of reducing the age,” said Harry Wasvary, M.D., Beaumont colorectal surgeon. Likewise, he says, “there is still merit to doing screening colonoscopies after age 75.”

A colonoscopy is a procedure used to look for abnormalities, including abnormal growths called polyps, inside the colon and rectum. Doctors use a flexible colonoscope to generate images and remove any polyps found to lower the risk of them becoming cancerous.

He estimates that a colonoscopy will successfully remove all identified polyps about 98 percent of the time. However, sometimes you may need a second procedure or surgery, if the polyps are large or there is concern that they’ve already become cancerous, he said.

“There are other things we see,” Dr. Wasvary said. “Some people have inflammation, colitis of their colon. Some people have what we call diverticular disease. Sometimes (the large intestine, or colon) becomes inflamed and needs antibiotics or even surgery.”

What are the symptoms and risk factors of colorectal cancer?

Doctors will ask you whether you’ve had any history of polyps or a family history of colon or rectal cancer. They’ll ask whether you’ve noticed any of the symptoms, including a chance in bowel habits, bloody stools or being anemic, when your red blood cells or hemoglobin levels drop.

“There are some factors that might be beneficial to reducing your risk,” Dr. Wasvary says. “They include standard things - a good diet, low-fat, high-fiber diet. There is evidence that cessation of smoking may be beneficial, red meats in moderation is helpful.”

Other risk factors you can change include being overweight, a lack of exercise and heavy alcohol consumption.