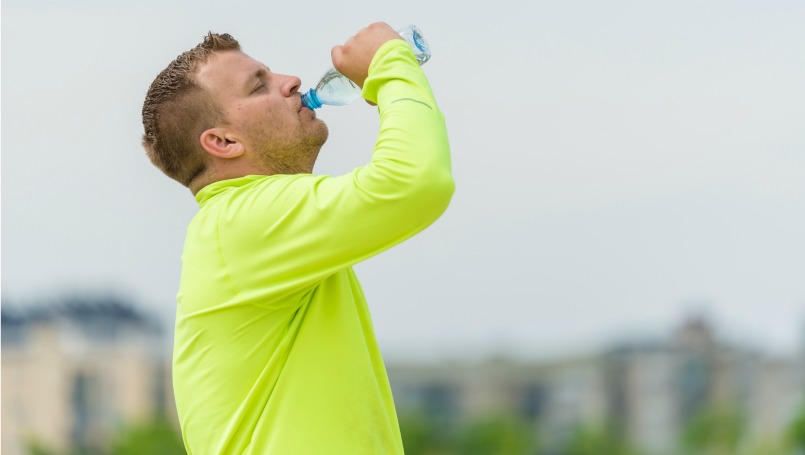 The best way to avoid ending up in the hospital, is to practice prevention.

With the warm weather, it's hard to resist taking advantage of being outside. Sadly, during the summer, some common injuries can sideline you.

Glen Clark, M.D., chief of emergency medicine at Beaumont Hospital, Grosse Pointe, sees a fair share of accidents. "In the summer, we start seeing a lot of injuries that can be easily prevented with a little preparation," he explained.

Common among adults and children are falls. "Adults fall off ladders, weekend warriors try to do things like skateboard, and even slip-and-falls by a pool. We also see a lot of ankle and knee sprains from playing sports such as basketball and volley ball as well as overuse injuries such as plantar fasciitis and stress fractures as more people start running outdoors.”

Children get injured in falls on the playground, skateboarding and biking. "Concussions and broken bones are pretty common from playing on a trampoline," said Dr. Clark.

“Concussions and broken bones happen more often while on the trampoline than falling off the trampoline. Hence, a net around the trampoline is not very helpful," adds Bernice Sessa, M.D., medical director of Beaumont Urgent Care, West Bloomfield.

What can you do to prevent a fall-related injury:

After being cooped up all winter, it's tempting to spend as much time as possible outside, soaking in the sun. But you need to be smart about it.

"We see a lot of heat related injuries, mostly heat exhaustion due to dehydration," said Dr. Clark. "Heat stroke is less common, but definitely more serious. It's preceded by signs of heat exhaustion, so get out of the heat and drink water. Confusion or the absence of sweating are signs of heat stroke and should prompt the individual to be brought immediately to an ER."

Dr. Sessa advises, "Even if you don't feel thirsty, it is important to drink plenty of water.  By the time you start to feel dizzy, you are already dehydrated and behind on fluid intake."

Dr. Clark said that blistering sunburns, burns related to the grill and fireworks bring a fair number of people to the ER. "Superficial burns, such as a typical sunburn, shouldn’t need to come to the ER. However, burns that blister - especially to areas such as the hands or face or a large area - should be evaluated by a physician promptly,” he emphasized.

"Burns that are considered second or third degree, burns that cause blistering or go beyond the first layer of the skin will require attention," says Dr. Sessa. "Third degree burns will definitely need to go to the emergency center."

You can avoid a traumatic injury by applying common sense to your situation.

"Children have been accidentally run by over lawnmowers, and debris can be thrown from the blades. It’s important to keep children away from the area and pick up rocks and other objects from the area before mowing,” explained Dr. Clark.

Dr. Clark said it’s not unusual to see patients in the ER with puncture wounds to the bottom of their feet from being barefoot outside. And, although rare, diving accidents can be devastating to the cervical spine.

"Have fun and enjoy the season, but it's also important to be aware of what's going on with your body and your surroundings. The best way to avoid ending up in the hospital, is to practice prevention," said Dr. Clark.