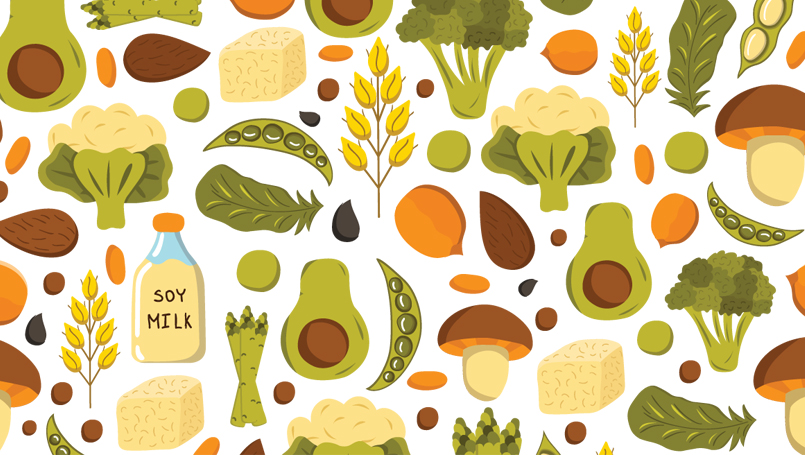 Learn more about the pros and cons of five of the most popular diet regimens.

There are many popular diet plans that claim they’ll help you lose weight. Do they really work?

We turned to a Beaumont expert to break down the pros and cons of five of the most popular regimens: the Atkins and Paleo diets, the cabbage soup diet, weight-loss teas and diet pills.

Before we get into the particulars of each, know that registered dietitians generally aren’t big fans of diets as a standalone strategy for losing weight.

“We really feel as though it should be lifestyle changes and not just go on a diet to lose x number of pounds,” says Christine Licari, a registered dietician nutritionist at Beaumont’s Weight Control Center. “Going on a diet indicates that you’re going to go off the diet. People should make lifestyle changes to their food that should be sustainable.”

First popularized in the 1970s, the Atkins may be the best-known of the various low-carb diets. The idea is to eat a lot of proteins, fats and vegetables while limiting carbohydrates to lessen spikes in blood sugar and insulin.

Going on a diet indicates that you’re going to go off the diet. People should make lifestyle changes to their food that should be sustainable.

“You do get fairly quick weight loss,” Licari says. But she adds that people have a hard time maintaining the diet because they miss eating things like bread and pasta. Plus, people following the diets can eat a lot of red and processed meats that are high in saturated fats, so it’s not heart-healthy.

What’s more, the Atkins diet tends to become less effective after the first year because the body adapts to burning calories more efficiently. That means it burns fewer calories breaking down all that protein you’re eating to convert into energy.

Another low-carb diet, the Paleo emphasizes foods that early humans would have hunted or gathered - things like meat, fish, nuts, berries and leafy greens. But no processed grains like cereals or breads, and dairy products, sugars, legumes, salt, coffee and alcohol are all out.

The good part, Licari says is that Paleo diet is high in fiber, which fills you up and helps you feel full longer. And eating nuts and seeds delivers a lot of heart-healthy monounsaturated fats.

The main drawback is how hard it is to follow Paleo to the T. Meats today are more fatty, grains and vegetables have been genetically modified.

“I think it’s difficult to actually recreate that now because our meats are different, our plants are different than they were,” Licari says. “But in theory, high plants, lean meats, that’s a healthful diet.”

This is designed as a short-term weight-loss diet revolving around eating almost nothing but homemade cabbage soup. The thought is that cabbage is so low in calories that the body burns more digesting it than it gets in return.

But when you’re getting below 1,000 calories a day, it’s tough to be nutritionally balanced, Licari says. And with little protein, the body loses muscle mass quickly - which leads to a slower metabolism, and a slower rate of calorie-burn at rest.

“Who can sustain eating nothing but soup?” questions Licari.

These should be used only under a doctor’s close supervision, Licari says. Many appetite-suppressants are essentially stimulants that make the heart beat faster, but aren’t very healthful. Some have been pulled off the market over heart risks.

“There’s a place for it as a co-treatment along with diet and lifestyle changes, diet and exercise, but it should be careful and monitored through a physician and prescribed by a physician,” Licari says.

Weight-loss teas are often used during cleanses and are typically either a stimulant or promote more urination and defecation. With few calories, they’ll once again rob the body of muscle mass, meaning the body will burn calories more slowly at rest.

“They will see a difference when they step on the scale, but it’s not something that people can maintain for very long because people miss eating,” Licari says.

Tips to Stay Healthy During the COVID-19 Pandemic

Exercise, sleep, eating healthy and reducing stress are all important habits we should be practicing daily.

Fresh foods may get all the attention, but canned, frozen and packaged foods are the backbone of a nourishing pantr...

Beaumont Health is pleased to announce the following recognitions earned by its team members.