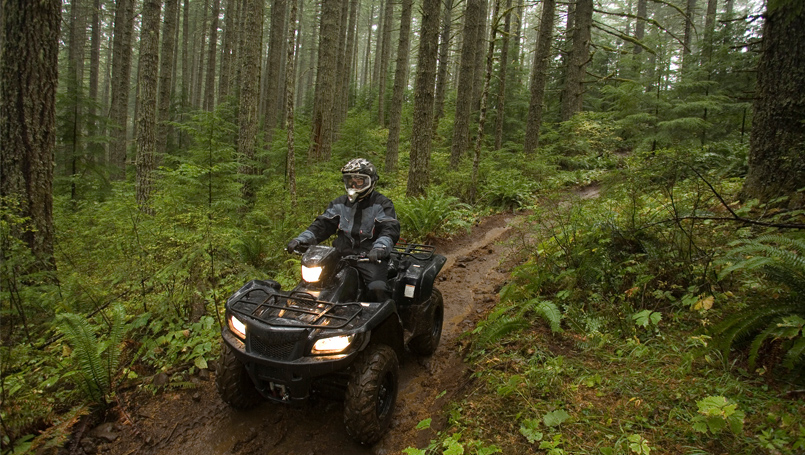 All-terrain vehicles and motorized dirt bikes may be fun to ride, but they’re inherently unstable vehicles designed to be ridden on unstable terrain. And they generate a lot of trips to hospital emergency departments.

In 2016, the latest year for which it has data available, the Consumer Product Safety Commission said it received reports of 337 deaths and an estimated 101,200 emergency department-treated injuries related to ATV use in 2016. From 1982 through 2016, the agency says it’s received reports of more than 14,000 ATV-related deaths, about 22 percent of which - or 3,232 - were fatalities of children younger than age 16.

In 2017, several Beaumont doctors were also involved in a study looking at injuries to extremities, including the head, associated with ATVs and dirt bikes. It found an estimated 229,362 extremity fractures between 2007 to 2012. The most common were to the shoulders, wrists and lower leg, including the foot and ankle.

But Sanford J. Vieder, D.O., medical director of the emergency trauma center at Beaumont, Farmington Hills, who was not involved in the study, says dirt bike riders tend to be more disciplined around their sport, especially where safety is concerned. For starters, they tend to ride more regularly, as either a family activity or as an organized sporting event, so they typically take greater safety precautions.

“While it certainly is a high-risk activity, what we see is that ATVs in particular are a much different sub-segment of the population,” Dr. Vieder says. “There are a lot of casual riders, and a lot of times, they don’t take the precautions necessary to be safe riders.”

Dr. Vieder says ATV riders oftentimes ride at resorts or at friends’ homes after drinking, and they mistakenly think an ATV is safer, since it has more than two wheels. “It’s a little looser, I would say, and as a result, the safety precautions aren’t taken, the education isn’t there, and as a result we see more injuries than we do with dirtbikes.”

Dr. Vieder says ATVs place riders at enormous risk of getting head injuries, which can be devastating. ATV or dirt bike riders should always wear a helmet, he says, as well as eye protection to safeguard against branches, dirt or other debris.