A collaborative team of researchers from the UK and Beaumont will study the link between dementia and post-operative delirium.

A collaborative team of researchers from the UK and Beaumont will study the link between dementia and post-operative delirium.
Beaumont Health
https://www.beaumont.org/images/default-source/default-album/logo.png?sfvrsn=d43d7fef_4
...

After major surgery, approximately 17% of hospitalized patients ages 65 and older experience delirium – confusion, disorientation, hallucinations, along with challenges thinking or remembering. In 2018, 374,873 adults underwent total hip and 650,674 had knee replacement surgeries in the U.S. Approximately 170,000 of these patients may have experienced post-operative delirium, which is associated with subsequent cognitive decline and development of dementia. These patients are also at greater risk of developing Alzheimer’s disease or one of its related dementias.

A collaborative team of researchers from the United Kingdom and the Beaumont Research Institute in Royal Oak, Michigan have been awarded more than $1.67 million by the National Institute on Aging, a division of the U.S. National Institutes of Health, to study the link between dementia and post-operative delirium.

Alzheimer’s disease is a type of dementia affecting a person’s ability to think, communicate and function. It greatly impacts their relationships, their independence and lifestyle. As Americans age, the number of people affected by Alzheimer’s is rising dramatically. According to the Alzheimer’s Association, more than 5 million Americans live with Alzheimer’s. By 2050, it’s estimated the number will be about 14 million. The condition’s toll not only affects millions, but in 2020, Alzheimer’s and other dementias will cost the nation $305 billion. 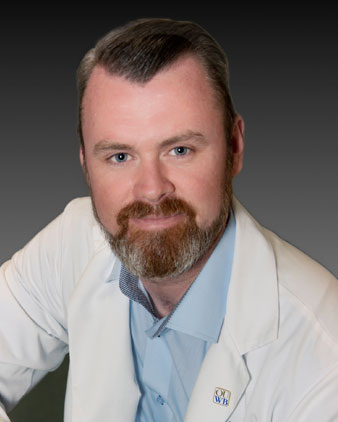 Principal investigator, Stewart Graham, Ph.D., the John and Marilyn Bishop Foundation Endowed Chair and director of Alzheimer’s Disease Research at the Beaumont Research Institute, said, “This study is evidence of the benefit of cross disciplinary collaboration for the greater good. We are combining expertise from the clinic, bench and computational biology to help develop objective tests which will enable us to identify those patients who are at greatest risk of developing delirium and subsequent dementia.”

“Most importantly, we will be able to characterize why these patients develop delirium following elective surgery and potentially be able to develop treatment regimens to help prevent their cognitive decline,” added Dr. Graham. “Due to our unique position here at Beaumont Health, and following training from our clinical colleagues in the UK, we will establish the world’s largest group of patients deemed essential for the successful validation of our initial findings. These are timely and exciting studies deemed vital for understanding delirium and how it relates to cognitive decline.”

Green from the School of Biological Sciences at Queen’s and coordinator at the Alzheimer’s Research UK Network for Northern Ireland, and Dr. Emma Cunningham from the Centre for Public Health at Queen’s, will utilize the NIA funding to further explore their research into why people who experience delirium post-operatively are at an increased risk of developing dementia.

Green and Dr. Cunningham have previously published research in Scientific Reports. Their research found tiny particles called metabolites in cerebrospinal fluid are different in people who develop delirium after surgery compared to people who don’t. They also found that these metabolites were even more effective markers of delirium when combined with an Alzheimer’s disease associated protein, called Aβ42, which suggests there is a relationship between persons prone to delirium and the later onset of dementia.

Green explained, “Previously we have found that arginine-related metabolites, or ‘ARMS’, are affected both in dementia cases, but also in healthy persons who have displayed delirium following hip or knee surgery. In this research, we are going to look further at this association using patient groups in Northern Ireland and in London to find the underlying reasons why delirium occurs in these individuals. In the United States, our research partners are going to establish a unique prospective group which will be the largest of its kind, enabling us to validate our findings.

“Our goal with this research is to develop a full picture of arginine metabolism in cerebrospinal fluid and correlate these results with current biomarkers of Alzheimer’s disease which will help us understand why those prone to delirium are more at risk of dementia in later life.”

Dr. Cunningham, clinical lecturer in aging and consultant geriatrician said, “Postoperative delirium is a sudden change in attention, awareness or thinking which occurs following surgery. Our investigations have shown that, in Northern Ireland, around one in six people develop delirium following hip and knee replacement surgery.