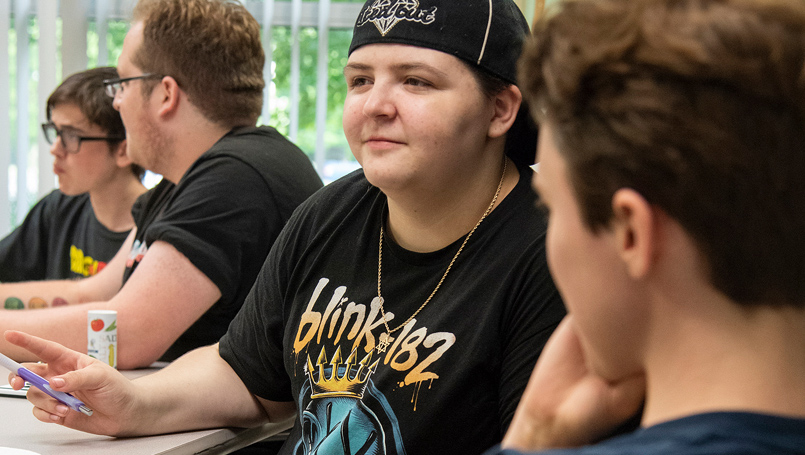 Two Beaumont counselors are helping the cause by offering a support group for young members of the LGBTQ community at the Beaumont Teen Health Center, Taylor.

Today is a time for the LGBTQ community to celebrate and embrace their identities. Despite the positive support, some of the younger members of the community still face troubling times full of confusion and loneliness, but having friends to turn to can make all the difference.

Two Beaumont Health counselors, Dominique Cooper and Jamie Balavitch, are helping the cause by offering a support group for young members of the LGBTQ community at the Beaumont Teen Health Center, Taylor, giving teens a safe place to open up and share their thoughts.

The inspiration to start this group came from personal experience and a lack of resources in high school. “We tried to start a support group for us,” explained Cooper, a member of the LGBTQ community. “Although some teachers supported us, school administration was unable to provide the resources or garner the community support needed to get it going.”

Cooper met with Balavitch, the leader of a diversity group at the Beaumont Teen Health Center in Taylor, and pitched the idea of an LGBTQ support group. They worked together to advocate for the group and to provide a space for participants to express themselves and be open and honest about their emotions without fear of stigma.

Even with their determination, neither of them could have prepared themselves for the challenges to make this thought a reality.

“It took us over a decade to officially start this group,” explained Balavitch. “We needed to set up an advisory council, receive support from the community, and gain some funders. We had to jump through a bunch of hoops to get this going.”

Cooper added, “We had to figure out how to navigate and run a support group. We serve as facilitators for the group and help participants to connect with one another. We are there to facilitate the conversations and make sure everyone feels safe.”

Eventually, their persistence paid off and Beaumont gave them a place to host the support group where they could ensure everyone feels loved and supported, especially amongst a group of teens who may not feel it in their day-to-day lives. They celebrated their fourth anniversary in April. Although the stress of getting it started is over, plenty of obstacles still remain.

“We have about 10-20 kids attend each meeting, as young as 12 and as old as 24,” Cooper said. “Each of them have different identities so it can be challenging to meet all of their needs and expectations, but we are determined to make sure that they feel comfortable and welcome.”

Most of the members have heard of the group through school or therapy. There are others who have heard through a mutual friend, or initially came to support a friend and decided to continue attending. Many of them do not have someone to talk with about their identity, so coming to a place of understanding gives their voice power. They even make friends with everyone in the group.

Jared Fisher of Taylor has been attending the support group since its creation. “My mom received an email from my school about the group so I decided to join,” explained Fisher. “This group is very welcoming and it’s good to know that no matter where I’m at in life, I’m always welcome back in this network of friendly faces.” His experience influenced him to start a similar group at his former high school.

The group meets every Wednesday night. They start by going over the group rules. Then they have the teens introduce themselves to each other and talk about their highs and lows of the week. Next, they will talk about news in the LGBTQ community or talk about how to deal with stress or anxiety. Then, they will bond in various team-building exercises, or watch a movie about an LGBTQ figure.

“Some of the kids say this is the only safe place they have to visit. That is both rewarding and completely devastating,” Balavitch explained. She also talked about the difficulties of running a support group for LGBTQ kids without being a member. “I have thought about stepping out of the room during certain conversations, but I have decided never to step out. It is important that these kids know that there is someone outside of the LGBTQ community that cares for them.”

Cooper also takes great pride in what they are able to accomplish. “I am proud that these kids have a place to be open and connect with not only their peers, but their mentors as well,” she said.

The participants agree that a lot of positivity comes out of the support group.  The consensus among the group is that they love the variety of people who show up.

The group meets every Wednesday at 7 p.m. at the the Beaumont Teen Health Center in Taylor. Any young members of the LGBTQ community are welcome to join. 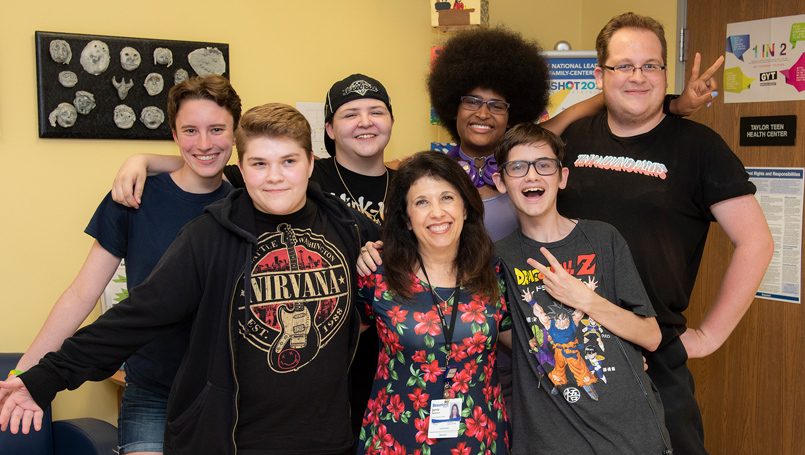 Two Beaumont counselors are helping the cause by offering a support group for young members of the LGBTQ community ...

After extensive evaluation and in-depth discussion, and always using compassion as our guide, we have evolved our a...

“We patrol on foot and we’re mobile in the vehicles. We just want to make a safe environment for our patients, our ...