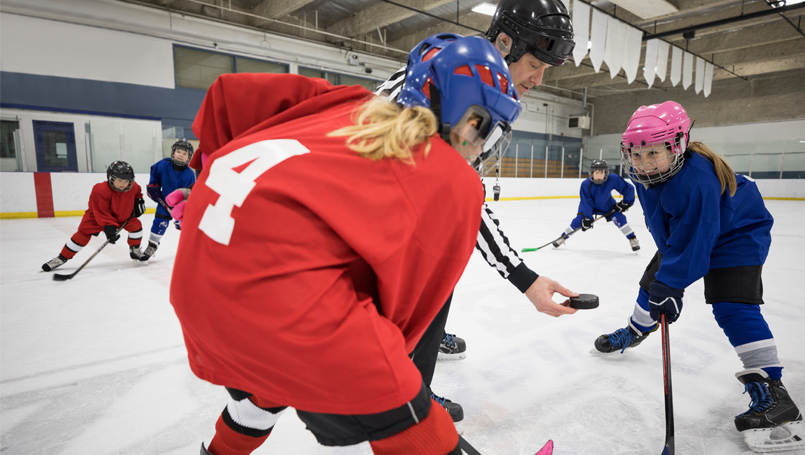 Approximately 200,000 to 300,000 concussions occur every year for high school athletes.

An American Journal of Sports Medicine study that found that concussions accounted for 15% of all high school sports injuries, occurring in sports ranging from football and ice hockey to cheerleading and lacrosse. This adds ups to around 200,000 to 300,000 concussions every year for high school athletes.

Preventing concussions in youth sports is an increasingly important focus for the CDC, youth sports programs and parents across the United States.

Here are five tips for parents, players and coaches to prevent youth concussions:

Educate Athletes on the Dangers of Concussions

Concussions are tricky because, unlike a broken bone or a sprained ankle, the signs and symptoms can be elusive. There’s a culture in sport of walking off injuries or playing through pain that doesn’t take into account how serious internal injuries can be.

Brain injuries, if not treated with rest and evaluation, can have terrible short term and long term cognitive effects. Athletes need to feel comfortable self-reporting symptoms and not be made to feel as if they are letting down their teammates and coaches. They wouldn’t play on a broken leg. They shouldn’t play with an injured brain.

Know the Signs and Symptoms of Concussions

There are few things more dangerous than a youth suffering a mild concussion during a game and then returning to play in a compromised state. Recognizing the signs and symptoms of a concussion can help athletes miss one game instead of the entire season. Signs that parents and coaches should look for include:

Athletes should also be educated on symptoms to look for so they can inform coaches of potential concussions:

Properly fitted helmets and protective equipment, like mouth guards, are essential to preventing head injuries. But equipment alone can’t protect against concussions – there is no concussion-proof helmet. Some athletes strap on a helmet and shoulder pads and feel invincible, so equipment isn’t enough.

Knowing how to play a sport safely is an important factor in preventing concussions. For a high-contact sport like football, teaching players to block and tackle with their heads up can help prevent concussions, while teaching proper form for things like headers in soccer will help players learn safe ways to play.

Though it won’t prevent concussions from happening, baseline testing allows coaches and athletic trainers an objective test to diagnose concussions when they happen and prevent athletes from returning to competition and making injuries worse. There are in-the-moment tests that can be matched to baselines taken before the season, as well as sophisticated computerized tests for healthcare professionals to evaluate athletes who suffer concussions.