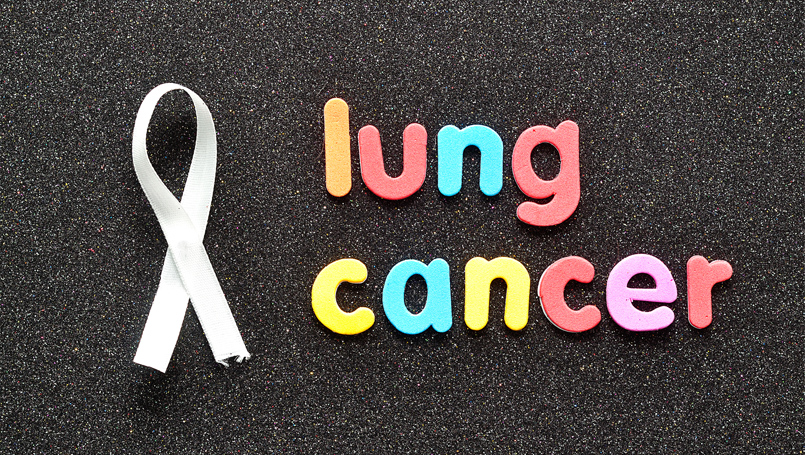 Lung cancer is the number one cancer killer of men and women in the United States.

Lung cancer is the number one cancer killer of men and women in the United States. It also causes more preventable deaths than any other cancer in the U.S., according to the American Cancer Society.

It’s no secret that the biggest way to lower your risk of getting lung cancer is to quit smoking. Smoking is the cause of 80% of all lung cancer deaths in women and 90% in men, according to the American Lung Association. But, while most of us know that lighting up greatly increases the risk of lung cancer, there are other common beliefs about the disease that aren’t as well-founded.

Here are three common myths about lung cancer, and the potentially life-saving truths you need to know.

MYTH 1: If you don’t smoke, you don’t really need to worry about getting lung cancer.

Radon comes from uranium breakdown in soil and rocks, it’s typically harmless, but problems can occur when homes are built on soil with uranium deposits. In some cases, the uranium becomes concentrated and can leak into homes and buildings through cracks and gaps in foundations and elsewhere. Basements and crawl spaces are particularly vulnerable.

Because radon gas can’t be seen or smelled, the only way to know whether it’s a problem in your home is to test for it. This can be done either by a professional or buy purchasing an at-home test kit. The EPA has more information on testing and steps to take if your home tests for radon.

The next biggest lung cancer risk factor for non-smokers is secondhand smoke, which accounts for about 7,000 lung cancer deaths each year, says the ACS. “I see it a lot. there's the waitress who worked in the bar, the wife of a husband who smoked for 30 years or the person whose parents smoked." says Dr. Inga Grills, a radiation oncologist with Beaumont. Laws that ban smoking in most workplaces and public places have helped decrease this risk, but because laws can't control what happens in private places, the risk remains.

WHAT YOU CAN DO: Have your home tested for radon and insist no one smokes in your home or car.

MYTH 2: There’s no way to screen for early lung cancer like there is for breast, cervical or prostate cancer.

TRUTH: While most people are aw are of the importance of screenings for these other types of cancer, many don't know that annual lung cancer screenings are available for high-risk patients, the low-dose CT scans are typically covered by insurance at no cost to the patient and are the only screening tool that can reduce the risk of dying from lung cancer by catching it in its earlier stages, when it's more treatable. While more than 14.5 million Americans are eligible for the screening, a recent American Lung Association report shows the number one reason cited by respondents for not knowing about screenings was that doctors had never recommended them.

“Lung cancer screening is a very under-utilized tool," says Grills, adding that lung cancer can have a cure rate of up to 80% if caught at Stage I before it's spread. "The screening is not taking hold like it has with breast or prostate cancer screenings due to a lack of awareness. We are working on educating patients and primary care physicians about the utility and availability of the screenings."

To be considered "high risk" and eligible for screenings patients need to be current smokers or former smokers who’ve quit in the past 15 years, ages 50 to 80, have a 20-pack year smoking history (smoking the equivalent of one pack a day for 20 years.) and have no current symptoms of lung cancer.

TRUTH: Back in the “Mad Men” days where business was discussed over whiskey and cigarettes, that may have been true, but that's far from the case today. From 1975 to 2013 the rate of new lung cancer incidents dropped 32% for men, but rose 94%  for women, according to the SEER Cancer Statistics Review, 1975-2013, compiled by the U.S. National Institutes of Health and the National Cancer Institute. Thankfully, that upward trend began declining for women in 1998, and overall lung cancer rates in women have continued dropping since then.

However, a collaborative study between the American Cancer Society and the National Cancer Institute uncovered a new, alarming statistic: Lung cancer rates among white and Hispanic women ages 30 to 54 are now higher than that of men in the same age group, reversing a historic trend of higher rates in men of the same age group.

While smoking rates in men and women have become more similar, the study's authors found smoking patterns couldn't fully explain the change. The authors concluded that the difference in lung cancer types affecting men and women and the corresponding risk reduction after quitting smoking, along with differences in susceptibility to cigarette smoking, might play a role in the higher rates among women.

WHAT YOU CAN DO: If you’re a woman and you smoke, its crucial to take steps to quit smoking and ask your doctor if you're eligible for annual screening.

Current or former smoker? Early detection can save your life