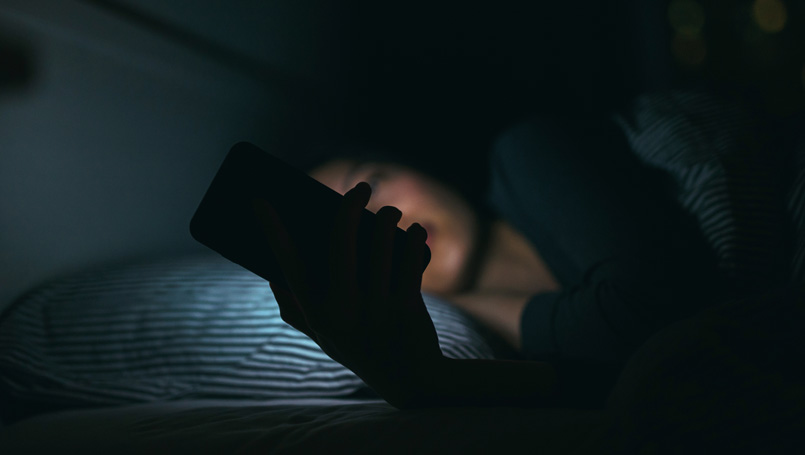 Estimates say around a third of Americans suffer from at least brief symptoms of insomnia.

Most adults need around eight hours of good, un-interrupted sleep per night as a cornerstone of good personal health, but plenty of people struggle to get enough Zs. Estimates say around a third of Americans suffer from at least brief symptoms of insomnia.

That leaves many people asking what causes insomnia.

“The better question is, what is insomnia,” said Dr. Lyle Victor, director of the Beaumont Sleep Center - Canton. “Almost everybody has a different answer to this question.”

Insomnia can have several characteristics:

To be diagnosed with insomnia, you must have daytime symptoms such as difficulty thinking or focusing, poor memory, fatigue, irritability, malaise or even depression, Dr. Victor said.

Technically, there are two types of insomnia: Acute and chronic.

“Experts on sleep tend to say that insomnia is the perception of sleeping poorly, associated by a daytime consequence, and that it should last for at least three months to be considered a chronic problem,” Dr. Victor said.

Most people who complain of insomnia say they can’t fall or stay asleep and feel lousy the following day, he added.

By contrast, acute insomnia “may be associated with a transient life situation such as being fired from a job or a death in the family,” Dr. Victor said. It typically lasts less than three months, and resolves itself without treatment.

Three other things about insomnia

Here are three more things you might not have known about the condition:

A disorder and symptom

Insomnia is also considered one of the most difficult conditions to treat, since it’s both a disorder and a symptom of other issues, so it can be difficult to make an accurate diagnosis of an underlying issue that is causing it. Oftentimes a medical condition can cause insomnia; common examples include pain, acid reflux, shortness of breath, nocturia - or frequent need to urinate at night - or anything that causes pain or discomfort. Insomnia is also common in people who experience a lot of stress, worry a lot or experience racing thoughts right before bed.

The good news is that insomnia is treatable - and that the occasional night of poor sleep doesn’t mean you’re an insomniac.

If you suffer a night or two of bad sleep, you don’t need to make up sleep hour-for-hour in order to feel well again. But if you keep losing an hour or two of sleep each night over time, you collect sleep debt, which must be paid off in the long term, lest you risk things like getting into car accidents.

Find a Sleep Center Near You

6 Things Parents Need to Know About Returning to School

Estimates say around a third of Americans suffer from at least brief symptoms of insomnia.

Why am I so tired? How can I stop snoring? Questions to ask your primary care physician.