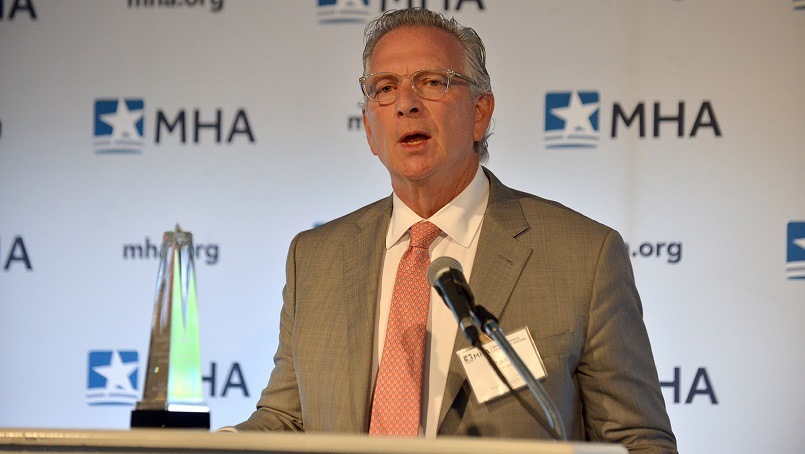 Dr. Paul LaCasse, former Beaumont Health executive vice president of post-acute care and diversified business operations, has received the Michigan Health & Hospital Association’s highest honor: the Meritorious Service Award. The award recognizes his years of service as a legislative and regulatory advocate for Michigan’s hospitals and health systems. Although he retired from his Beaumont leadership role in March, he continues to practice medicine.

Dr. LaCasse began his career as an emergency medicine physician at Botsford General Hospital, now Beaumont Hospital, Farmington Hills. He held several leadership positions and served as president and CEO from 2009 until 2014, when Botsford Health Care became part of Beaumont. Dr. LaCasse was a key leader of the new health system. Earlier that year, he was named the American Hospital Association Grassroots Champion for Michigan for his leadership in generating community support for health care.

As an MHA member, Dr. LaCasse served on its Board of Trustees for more than a dozen years and was the 2002-2003 board chair.

Dr. LaCasse attended the Michigan State University College of Osteopathic Medicine where he earned a doctorate of osteopathic medicine. Later, he served on the governing board of his medical alma mater’s Statewide Campus System. MSUCOM awarded him with the Walter F. Patenge Medal of Public Service in 2006. Dr. LaCasse also completed a graduate degree at University of Michigan’s School of Public Health.

As president and CEO of Botsford, examples of Dr. LaCasse’s leadership include:

Dr. LaCasse and his wife, Annette, who met in medical school, have led approximately 30 medical missions together to Peru, Guatemala and the Dominican Republic.

Avoid the ER with These Snowmobiling Safety Tips

Snowmobiling is the most dangerous outdoor winter sport for a number of reasons.

The holiday season is all about family, friends and food. Family gatherings are often “kitchen gatherings,” but our...

It was 3 a.m. He was alone … experiencing a life-threatening emergency. Greg Alexander suspected he was having a st...

Whether your children will be going trick-or-treating or attending a Halloween party, our pediatric trauma manager ...